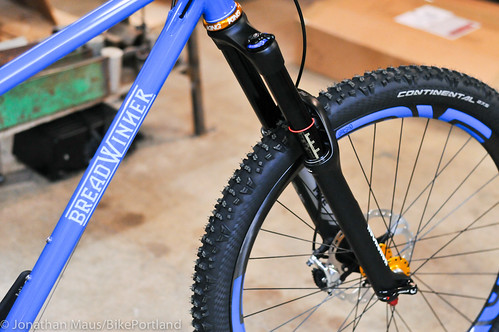 Tony Pereira (L) and Ira Ryan in their shop.

With just two weeks until the North American Handmade Bicycle Show (NAHBS) opens its doors in North Carolina, a few local builders are putting finishing touches on their show bikes and boxing them up for shipment. The Portland delegation headed to the show this year is much smaller than in the past; but we still count four local companies making the trip Argonaut Cycles, Chris King Precision Components, L’Ecu Bicycles, and Breadwinner Cycles.*

Yesterday, just before they packed and nailed shut a wooden shipping crate with their bikes, I paid a visit to the Breadwinner shop in North Portland to get a sneak peek at what builders Tony Pereira and Ira Ryan plan to unveil at the show.

About one year ago we announced here on the Front Page that Tony and Ira were leaving their personal brands and custom building days behind to join forces. Their first year in business has gone well. Tony said sales hit their “best-case scenario” of what they’d hoped for. And according to Ira, the new business model, which comes with a more batch-oriented, streamlined production process, has allowed them to build twice as many frames in a year as each of them used to build individually.

With a solid first year under their belts, Breadwinner will step it up in 2014 with significant tweaks and refinements to their existing six models and a launch of two new ones: the “Bad Otis” mountain-bike and the “B-Road” road bike.

Expect to see more disc brake options throughout the Breadwinner line this year. Ira and Tony have added the option to their popular “Lolo” road bike and their “Hole Shot” cyclocross bike. They’ll also spec bikes with two new original dropout designs: one for low-mount disc brakes and one for singlespeeds. Another change on the Lolo and other models this year is tapered steerer tubes (which are becoming an industry standard) and tighter integration of Shimano’s electronic Di2 shifting system.

Now let’s get to the big news… Breadwinner will unveil two awesome new bikes at NAHBS!

The first is the Bad Otis. This bike is a reflection of Tony’s roots as a mountain bike racer. He calls it a “fun, trail ripper.” It’s a hardtail with 27.5-inch wheels and a big front fork that offer six inches of travel. To complete the shred-appeal, the top-end build ($8,500) is highlighted by carbon Enve rims, Chris King components and a Rock Shox “Reverb” dropper seatpost. Asked about his inspiration, Tony said the design is something he’s had in his head for years. It’s also a reflection of how trails have changed, he said. Popular riding areas like Sandy Ridge show a trail-building trend toward bigger hits, drops, and jumps — the kind of terrain where the Bad Otis can really shine. 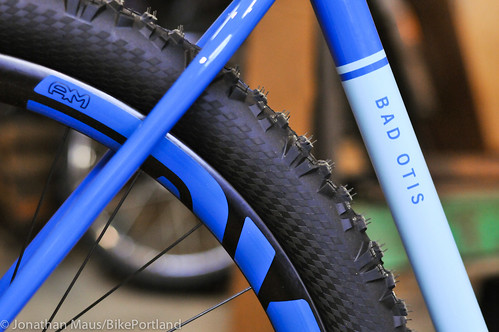 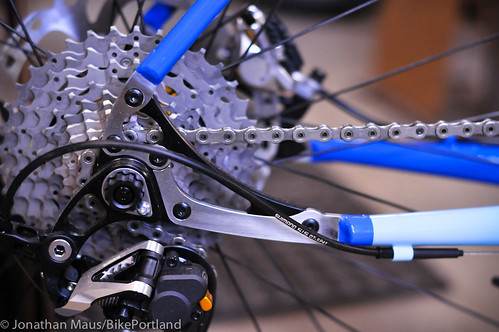 Some folks might be surprised the Bad Otis isn’t full-suspension. Tony said he likes the simplicity and durability of a hard-tail. To prove its mettle, Tony plans to race it in enduro events this year. At just 25 pounds and infused with Tony’s shredder pedigree, this bike will definitely cause some buzz at NAHBS.

Speaking of buzz, it seems like everywhere we turn these days people are talking about gravel road riding. Whatever part of this niche excites you, the important thing to know is this: More and more rides and races (both sanctioned and unsanctioned) are taking to the backroads and going off the pavement. This means road bikes are getting spec’d with bigger tires, better brakes, and more relaxed, bump-absorbing geometry.

While this gravel thing is definitely a big trend right now, its roots go back as far as cycling itself. For Ira Ryan, his roots in gravel riding go back to the first-ever Trans Iowa race in 2005. That event is considered the first major gravel race to attract a big following and Ira is a two-time winner.

Like the Bad Otis draws from Tony’s roots, the new B-Road is the bike Ira has been wanting to build for years. He calls it the “ultimate gravel grinder.” The B-Road (named after the classification for unpaved farm roads in the midwest) can fit 32mm tires with fenders and it comes with rack braze-ons and hyrdraulic disc brakes. Ira knows “gravel bike” conjures up a spectrum of bike styles — from fat-tired mountain bikes to standard road bikes, and he says he’s “On the road side of that spectrum.” 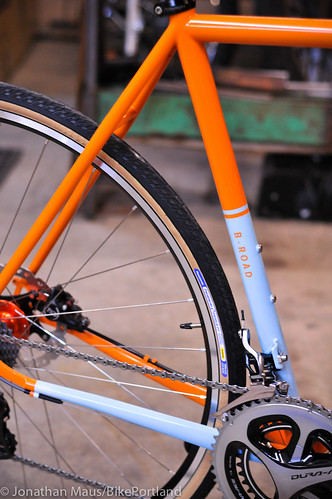 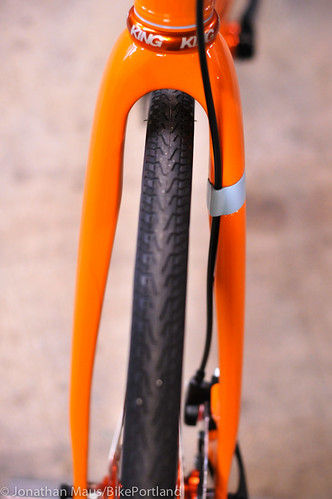 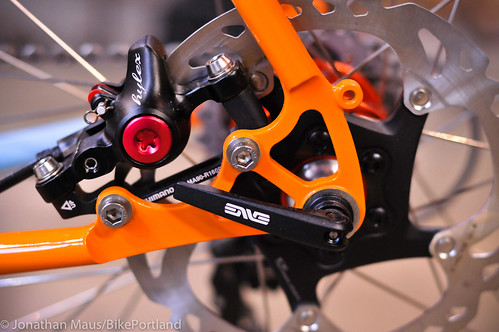 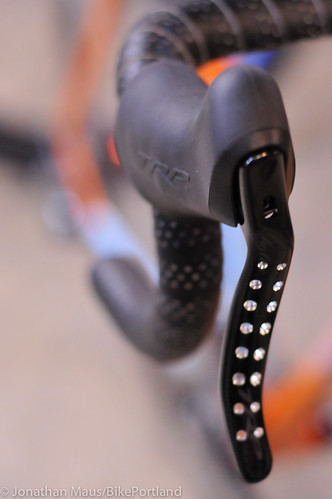 Oooh what’s this? You’ll have to wait for NAHBS for the full reveal.

As Ira rattled off all the things someone could do on the B-Road — race cyclocross, tour on or off-road, and so on — he said “This is our most versatile bike.” In May, Ira will tackle the 360-mile Oregon Outback ride aboard a B-Road.

You’ll notice I’m only showing teaser photos. And there are some very cool surprises on the B-Road that I swore I wouldn’t share. That’s because Tony and Ira want to make a big splash at NAHBS. Once the show doors open, I have a feeling you’ll be seeing these bikes all over the Internet. And hopefully soon thereafter, all over the roads and trails.