A post we published Tuesday about whether Portland has lost a sense it had of its ability to be extraordinary, and the consequences of that loss, touched a lot of nerves.

Many liked it. Many disagreed. Some questioned the premise. Best of all, lots of people have been sharing their own thoughts in comments, emails and personal conversations. Even Lindsey, the woman who inadvertently helped me start to understand Portland and urban bicycling, saw the story from Indiana and wrote to say that her life didn’t feel nearly so romantic at the time.

Rather than trying to summarize the rich, useful discussion we’ve seen so far — and our comments section continues to be, for my money, one of the most thoughtful on the Internet — I’m going to write briefly about what we’ll be doing next, here at BikePortland.

First: we want to keep hearing from you, and we want to share your thoughts with others. If Portland’s latest golden age of bicycle-related progress is over, we want to help the city build the road to its next one.

What is happening in and around Portland that inspires you? What are you, personally, working on that might inspire others? What ideas, facts, attitudes should be circulating in the city but are not? 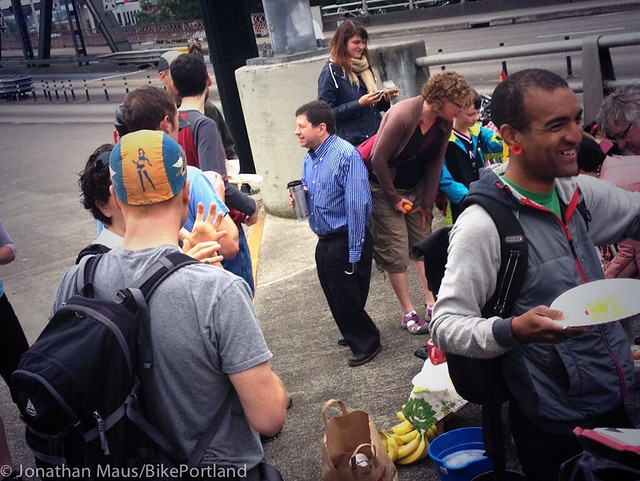 Email me: michael@bikeportland.org. Call me: 503-333-7824. Nail things to my door: 924 NE 65th. (Do not actually do this.) We will publish the best as guest posts, as interviews, or whatever seems right. If you’ve never dipped your toe into the civic conversation, this might be the time to start. If you’ve been waiting for a moment to spool your thoughts into an idea, now is your chance.

Meanwhile, though Jonathan and I will continue to cover the news, good and bad, two to five times every weekday, we’re eager to spend much of our work, this summer, focusing on things that will bring Portland into its next age of being extraordinary.

This does not mean we’ll be ignoring problems and failures. But most of our enterprise reporting this summer — that is, the stories that start as ideas in our heads — will be devoted to things that are working, and the ways bicycles are helping them work. We’ll be venturing further afield, starting (though not finishing) with an upcoming week reporting from East Portland. We’ll be talking to people we haven’t and checking in again with people we have.

So stay with us, and add your voice. Icons, politics and trend lines aside, the fact remains that Portland is the best big city in the country to ride a bicycle in, and it’s going to keep getting better.

America’s last bike capital is also going to be its next one, and we’ll be writing that story together. 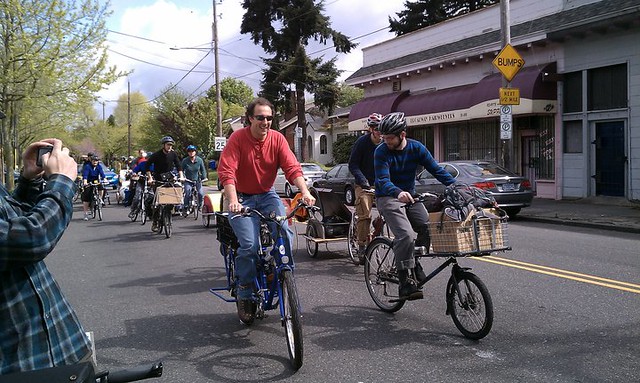