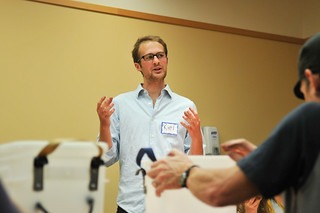 Publisher’s note: This guest opinion is part of our ongoing coverage of City of Portland’s efforts to pass a transportation utility fee, and we think it’s a good counterpoint to the guest post earlier today.

Sometimes you have to make do with the world you have, not the one you wish you had.

In October of 2008, I was crying alone in a Chicago hostel. One of my good friends had just had her face smashed in by a car and was in critical condition at a Portland hospital. She required major surgery and still has a giant scar across her face to prove it.

In the months before her crash, I remember making the case to her that no one in the Netherlands wears helmets and if we want more people riding bikes we shouldn’t either. Thankfully she hadn’t listened to me.

“This street fee is not ideal, but it is the best opportunity we have to pay for things we are all agree need to be paid for.”

That night, alone, I grew up a little.

If Portland is going to reach its potential as a city it is going to be through tough compromises, large coalitions, and groups that stop thinking that their definition of “potential” is the only one.

Two weeks ago, Michael wrote that something has gone wrong in our city. He wrote about how bike advocates failed to provide political cover for Sam Adams and his proposal to help fund the bike plan four years ago. Two weeks later, our new mayor and one of our city councilors are sticking their necks out again for transportation funding, and so far the advocates who should have their backs have been arguing among themselves on the sidelines. 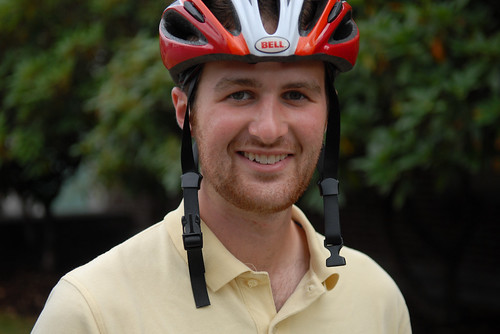 The arguments against the fee are clear, and any thoughtful person could come up with a list of them (that this street fee isn’t the best funding mechanism, it should be collected through income tax, that bicycles don’t impact streets, or that the process by which this is happening isn’t right). Our city, and the roads that make up so much of our identity and community, will not be made better by waiting for a perfect solution that never comes.

We all read this blog because we want our city to be better. I would love to read stories about road redesigns that will change and reinvigorate neighborhoods, but lately there haven’t been any. The reason is not because we don’t have enough conversations about what should be done. The reason is that we refuse to accept that the world is not our ideal one, and we have been unable to compromise on our vision.

This street fee is not ideal, but it is the best opportunity we have to pay for things we are all agree need to be paid for. For the first time, Portland would have a dedicated fund for protected bike lanes, the money that was taken away from neighborhood greenways would reappear, and there would be a massive increase in Safe Routes to School funding.

It took a friend almost being killed before I realized that we don’t live in Amsterdam. I hope other Portlanders don’t need to go through the same experience before we realize that the conversations about transportation extend beyond these forums or freight committee meetings. Both of those can be powerful forces, but it is only with compromise that their power can create meaningful change. We all believe our streets can be better, and in order to do that we all need to pay for them. Michael wrote that our old story has been lost. Will the new one be that we disagreed on the details to keep the status quo, or that we all compromised and came together to pay for a better city?

At 2 pm on Thursday, our City Council will begin discussing taking leadership on this issue. I’ll be there to back up anyone who stands up for it.