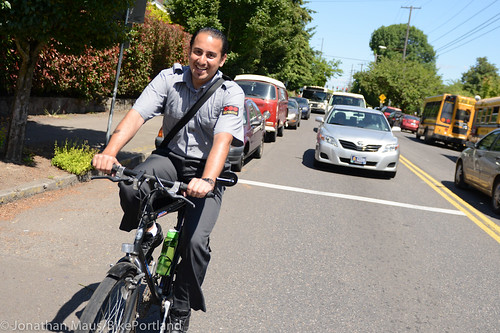 This is Haider, a 32-year-old Iraqi man I met on his daily commute
from SE 82nd & Division to downtown Portland.
(Photos J Maus/BikePortland)

This post is part of our special, week-long focus on east Portland.

I have to admit, doing a People on Bikes post in my usual format proved impossible in east Portland. Typically, when I do a post in this series, I find a very busy bike corridor and set up in one place. It’s like shooting fish in a barrel and I can’t keep up with all the bikers that stream by. I usually post 40-50 images and those are edited down from hundreds that I actually shoot.

But out here in east Portland I never did find that one, super-busy bicycle thoroughfare. Instead, I tried to photograph any person on a bike that I happened to come across while out and about. Another wrinkle in doing this in east Portland is that I had to be careful swinging around my expensive camera and long, 200mm lens because I was usually riding on big arterial streets where folks aren’t used to seeing someone on a bike at all — much less someone taking photos of something as ordinary as traffic.

The images I did get are different than what you’re used to — not only for the People on Bikes series, but also because of the riding conditions they depict. I didn’t seek out a particular type of scene, but you’ll note that many of the images depict people riding on sidewalks and/or in environments with a high volume of automobiles.

I’ve also thrown a few people into this gallery who I actually stopped and chatted with.

Scroll down for the images and my notes… 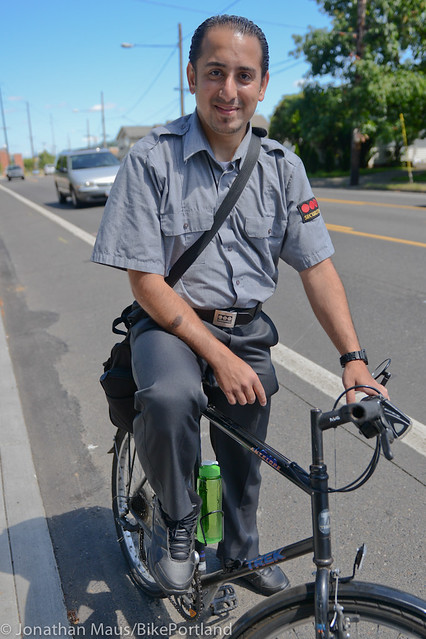 Haider rides SE Division every day to his job downtown. He’s got an aggressive riding style that caught my eye. When I asked him how he felt about the biking conditions on Division, he said he didn’t mind them at all. “It’s good here. I like the trees and the green. It’s not so bad. The cars give me no problem,” he said (maybe it’s the uniform). Then he raced off. 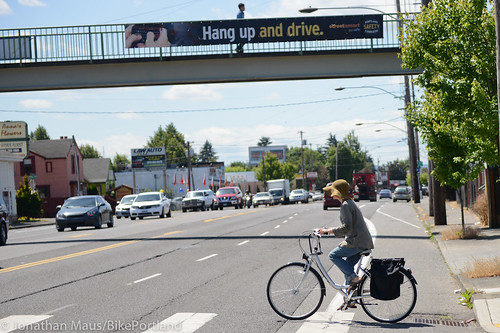 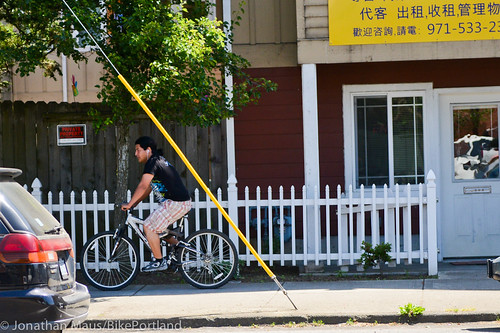 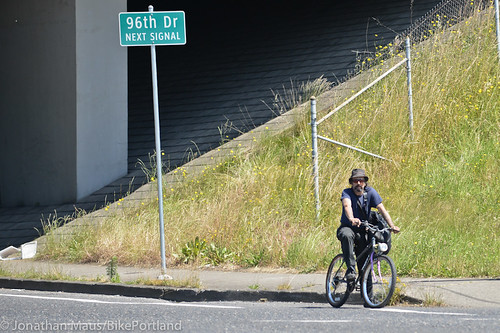 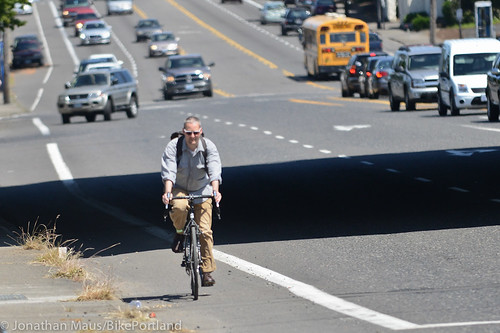 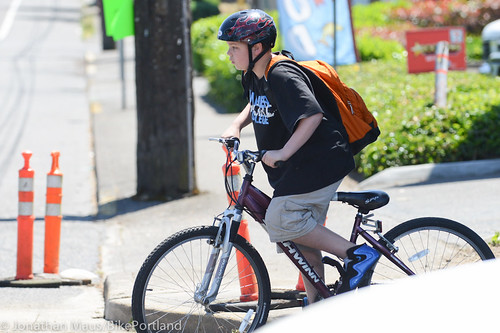 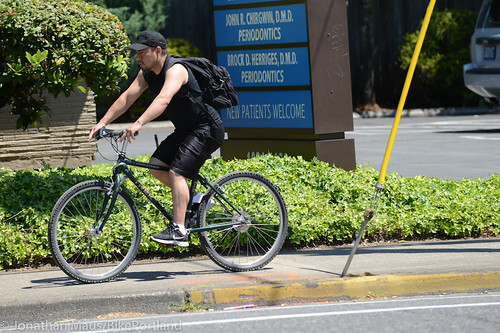 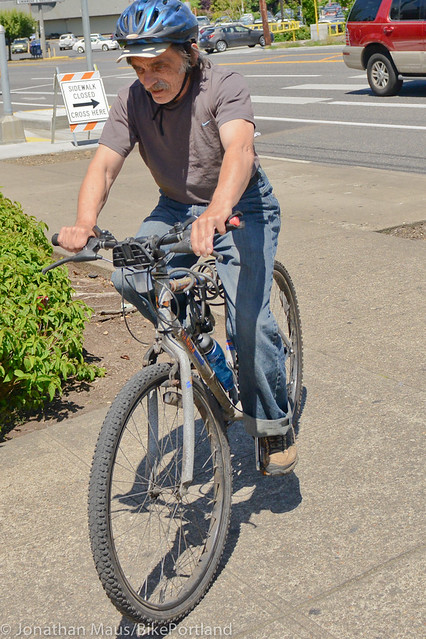 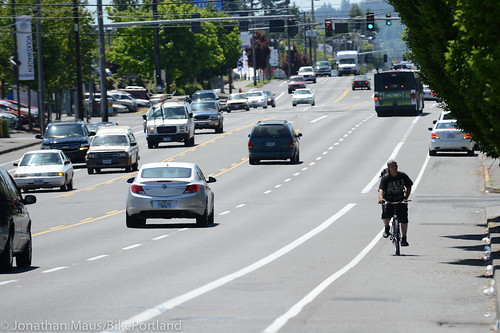 Spend time in east Portland and you’ll understand why many people ride on the wrong side of the street and ride against traffic. Would you want to cross that street just to get to the store a few blocks away? 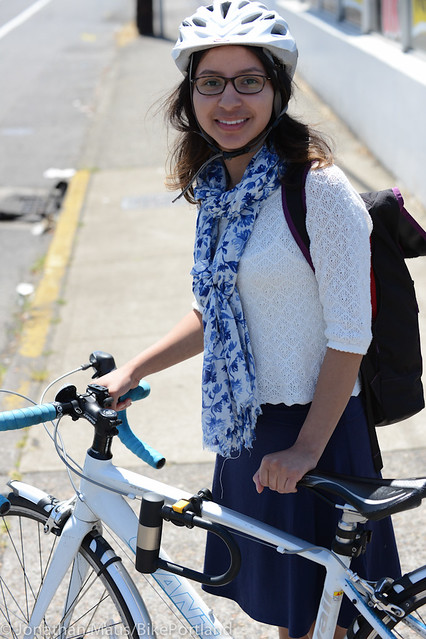 This is Neri. She caught my eye because I saw her first riding on the shoulder with traffic on SE Stark. Then, as she approached the signal at 122nd she pulled onto the sidewalk, dismounted, and used the crosswalk to get across. I asked why she did that. “I don’t trust any of these cars,” she said. “People don’t watch. They turn without looking.” (And lest you think Neri is simply a timid rider who’s easily scared, I noticed many big and tough-looking men doing the same thing.) 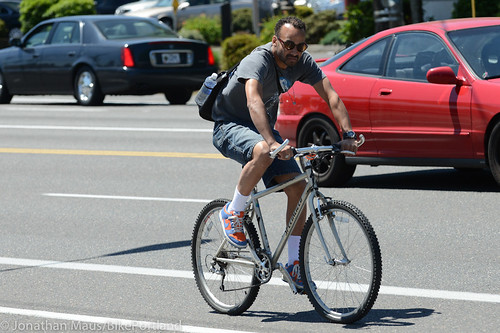 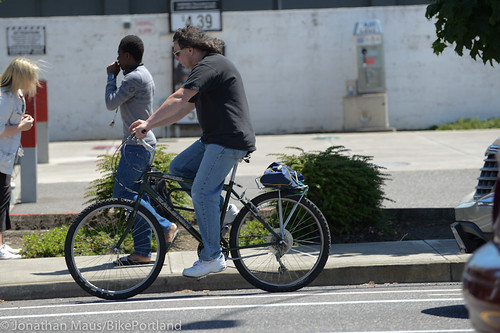 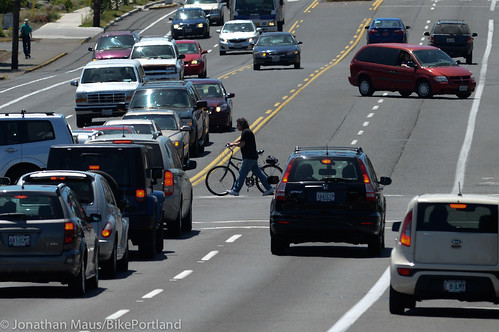 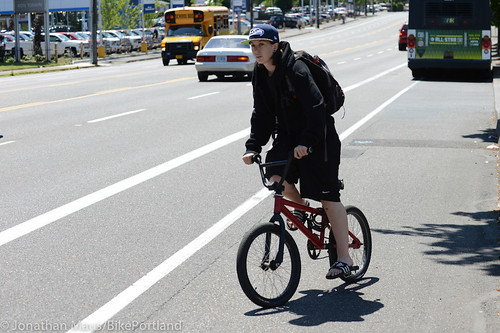 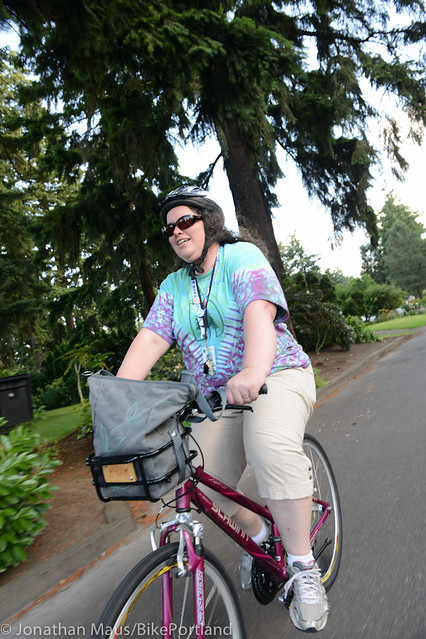 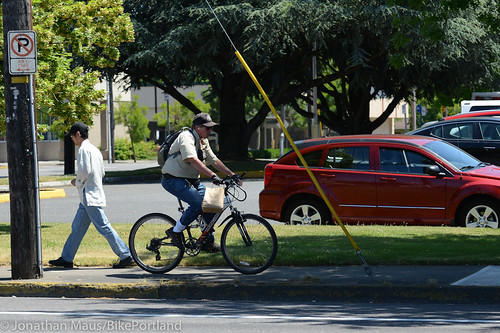 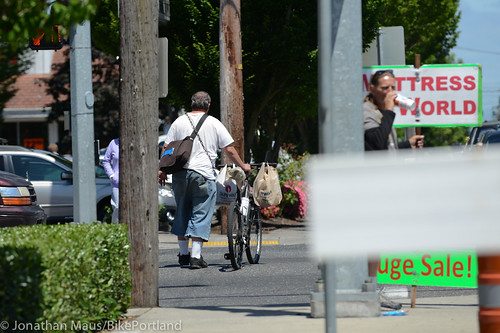 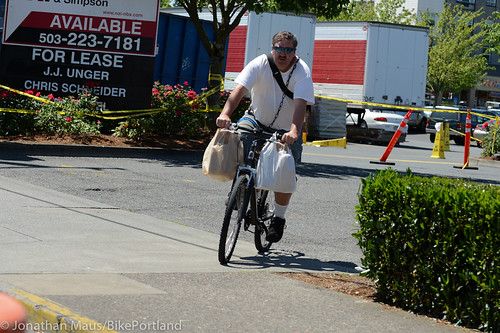 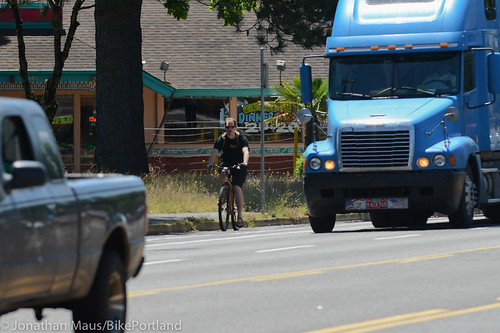 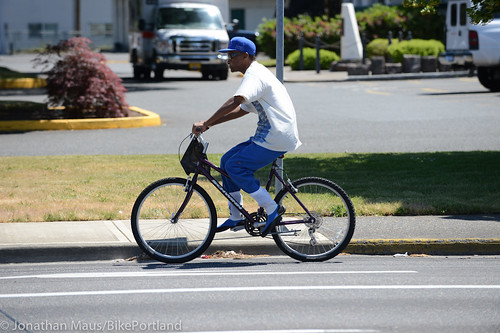 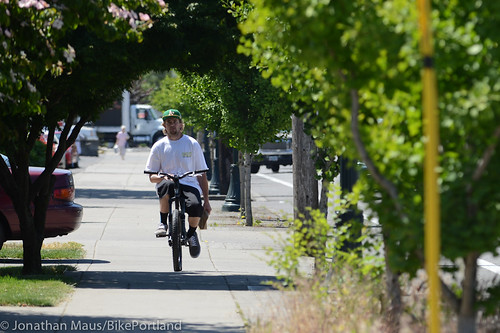 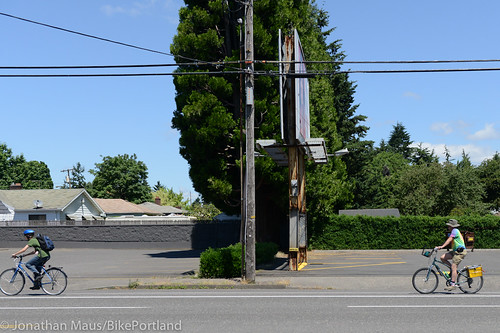 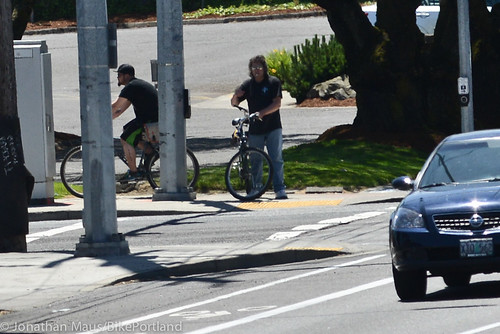 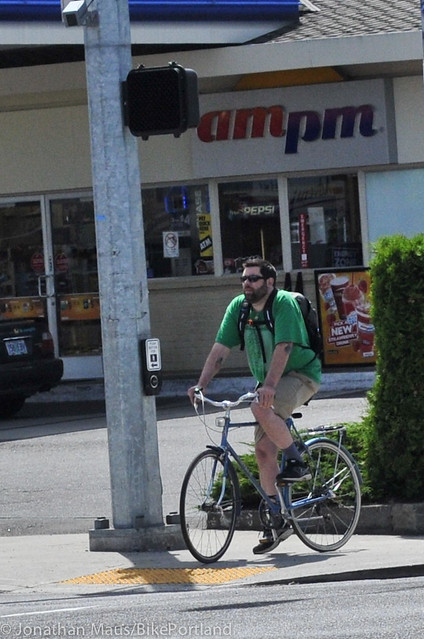 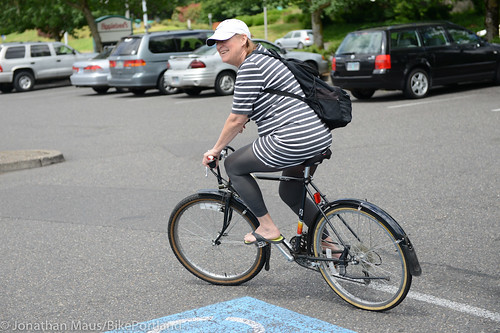 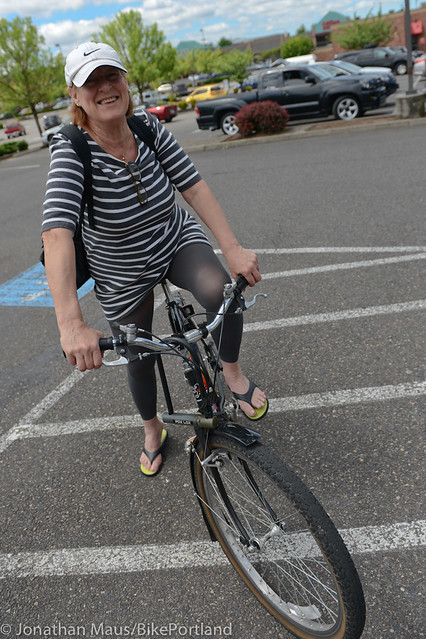 This is Toni whom I met in the parking lot of Fred Meyer at the Gateway Town Center. She’s 68 and doesn’t own a car because biking and using transit is affordable, “And owning a car is not.” She rides all over east Portland, usually facing oncoming traffic on the larger streets because “I’d rather see what’s coming at me.”