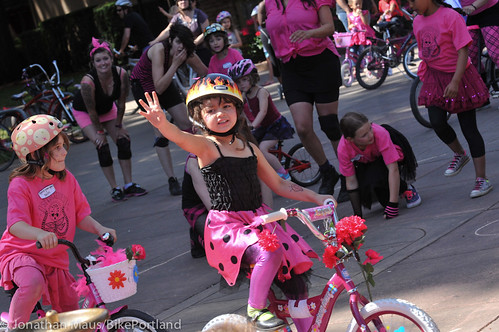 A graduate of the Sprockettes Bike Dance Summer Camp for Girls hams it up during their performance during Sunday Parkways last weekend.
(Photos J. Maus/BikePortland)

It’s been a big month for The Sprockettes. The beloved local bike dance team is celebrating their 10th anniversary with a big ride this Friday night and a headline performance at Saturday’s Bike Fair — which is the finale to Pedalpalooza. But even though they’re busy with practices, planning sessions, and catching up with former members who’ve returned to Portland for the big event, they took time to put on the Bike Dance Summer Camp for Girls last weekend.

15 girls between the ages of 5 and 12 attended the camp at Irving Park. They learned the finer points of bike decoration, bike dance, acro-balancing, and more. But beyond gaining the confidence to do an arabesque on their top tube, the girls gained something much more important. They gained confidence to be themselves and embrace their inner strength; both of which are the pillars of the Sprockettes’ mission.

After two full days of practice, the girls performed in front of an appreciative crowd at Peninsula Park during Sunday Parkways.

Here are a few more photos of the performance… 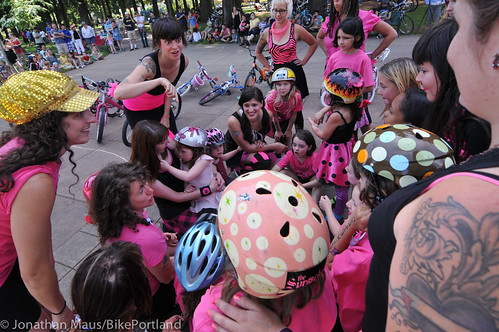 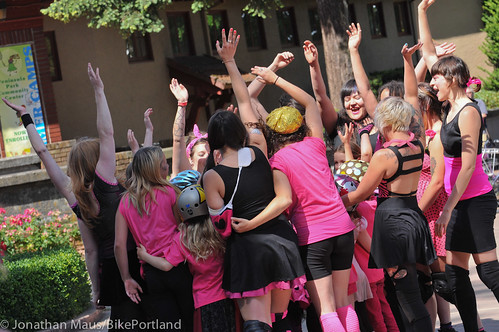 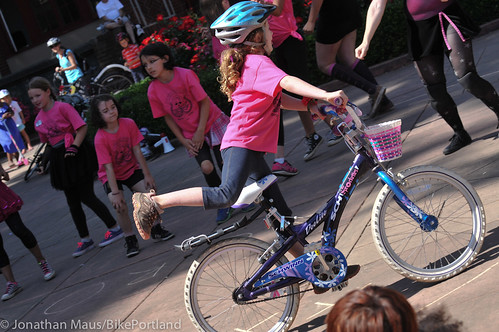 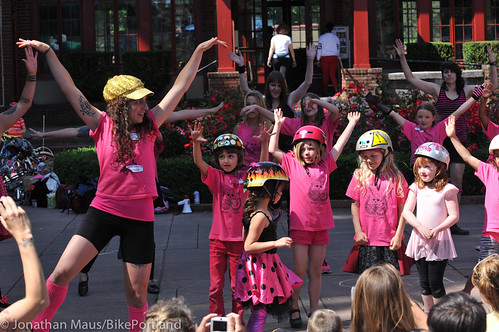 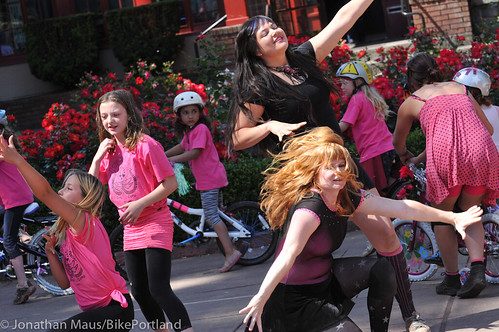 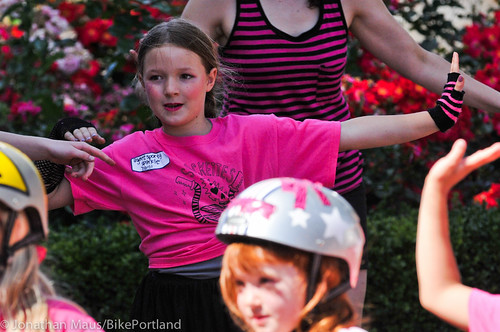 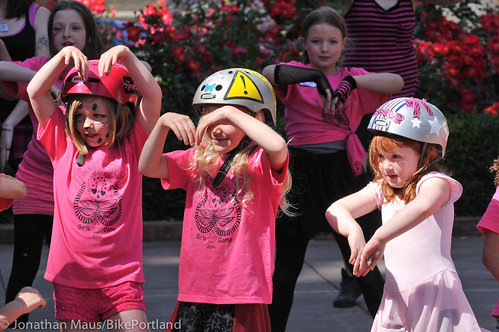 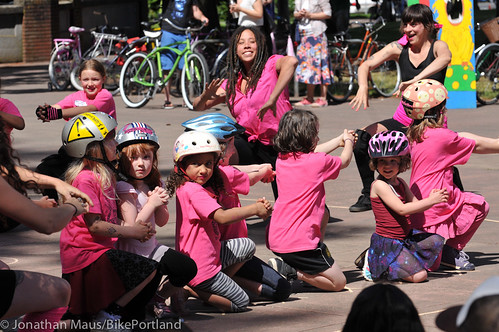 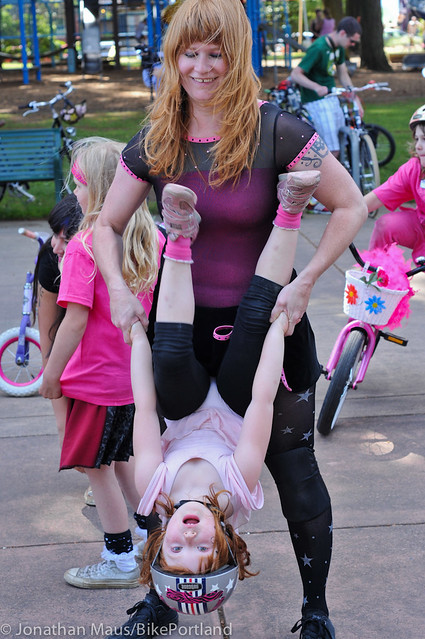 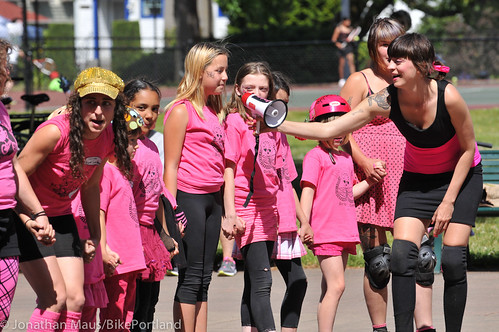 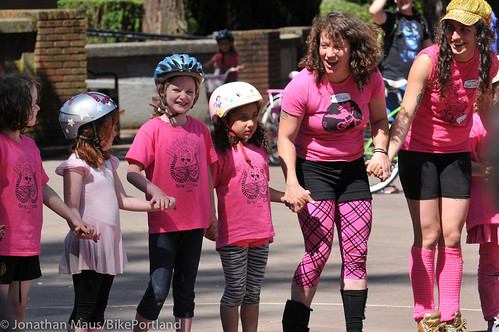 Ride with the Sprockettes this Friday night at 7:00 pm (meet at Peninsula Park) were they’ll lead a special history tour. Or come watch their big performance at the Bike Fair, which happens Saturday at Colonel Summers Park (SE 20th and Belmont) from 2:00 to 7:00.
,
For more on the Sprockettes 10th anniversary, read this article in the latest Willamette Week.

The post On 10th anniversary, The Sprockettes take time to inspire the next generation appeared first on BikePortland.org.