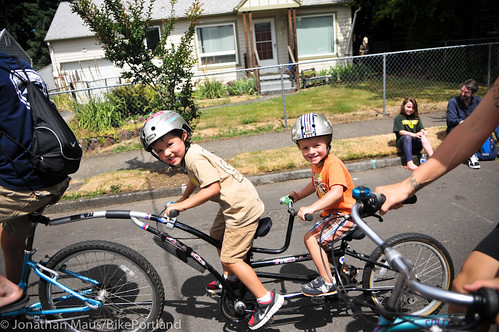 Sunday Parkways is a rare government program that enjoys nearly universal support. It has no detractors — or at least none that would risk the political and social fallout that would surely come if they shared their opinion. And what’s not to love? Carfree streets, free entertainment, and a huge helping of smiles and civic pride all rolled up into one event.

But even still, we shouldn’t rest on our laurels. Here in Portland, we should always “do it better” (as our Zoobomb friends like to say).

In that spirit I asked my fellow Sunday Parkway citizens a question during the event yesterday: If you could change one thing about Sunday Parkways, what would it be? 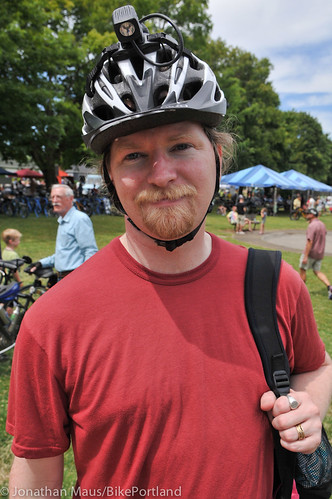 Ben: “I wouldn’t mind if it started an hour earlier. I’ve got my kids biking with me and it’s hard for them to do the whole route in the time given. At Sunday Parkways north we just barely made it back to our start point.” 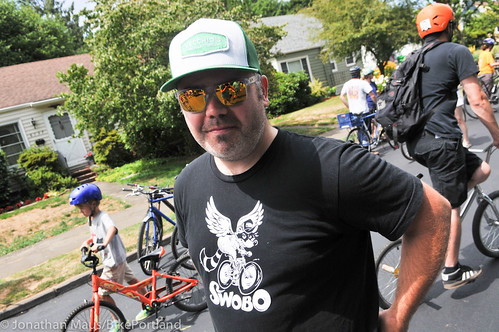 “Ohh, I don’t know. It’s my favorite bike event that happens in Portland… I come because of the mixing of different groups of people and it gets people using the parks that you don’t see in any other event… Honestly, I can’t say there’s a thing I would change.” 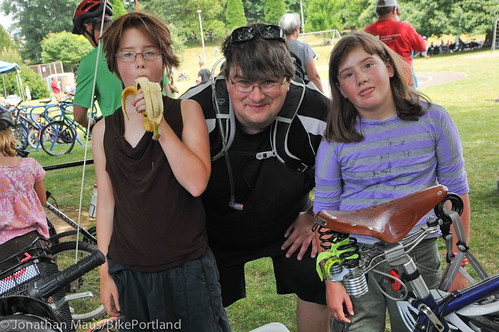 The Robins family and friends: “More food. They ran out of safe, kid hot dogs for example. They only have the hot (spicy) ones. And do it more often. Like ciclovia maybe. The safety for bicycles is great, we don’t necessarily need the fair environment.” 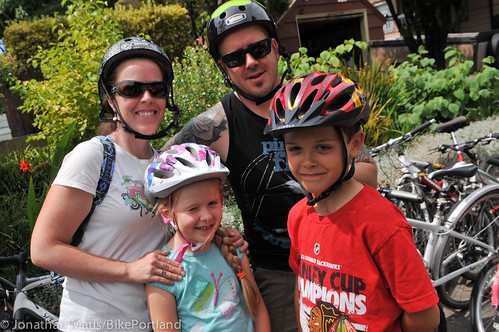 Paul and Brooke Garrett: “Nothing. It’s perfect. Maybe a few additional food vendors because the lines are very long.”
Kiel Johnson: “Have one every month in each neighborhood. So it just repeats the whole summer.”
Steve Bice: “I would try to do more bike-related kind of education stuff and less try-to-sell-you-something booths. That, and more bike-themed things in the park like mini bike races for the kids. I went to this one festival in New Mexico where they had a flat-tire changing contest. That sort of thing.” 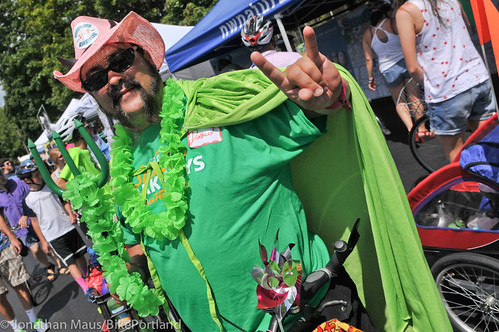 Tim (a.k.a. “Diablo”): “Get rid of the southwest one and bring it back to northwest. There’s no loop on the southwest one. It’s ridiculous. I’d also not have the first one in May on Mother’s Day. Don’t do it on a major holiday like that.” 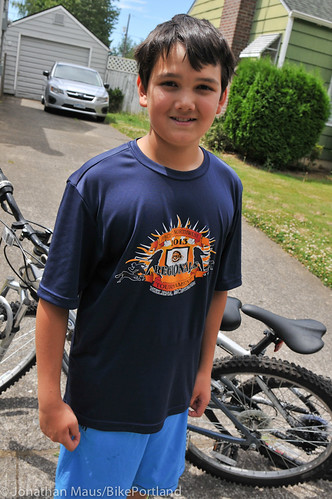 Max (12 years old): “Nothing… Actually, sometimes it’s a little congested here and there; but everything else is perfected. There’s not that many cars. It’s all you could ask for.”

We also heard from several of our friends on Twitter…

@BikePortland I'd love bike-friendly-for-kids routes from nearby neighborhoods to Parkway. I hate driving to @@SundayParkways

@BikePortland @SundayParkways All year long every month! I only got to go to 1 last year because of work! I want more opportunities!

@BikePortland @SundayParkways it would be awesome to have one or two that connected NE/SE to illustrate how difficult it is!

Move it to Seattle! MT @BikePortland: If u could change one thing about @SundayParkways what would it be?

@BikePortland @SundayParkways earlier start time – mornings are so much better for outdoor exercise in summer.

Thanks for sharing your opinions everyone.

So… What (if anything) would you change?

The post If you could change one thing about Sunday Parkways, what would it be? appeared first on BikePortland.org.