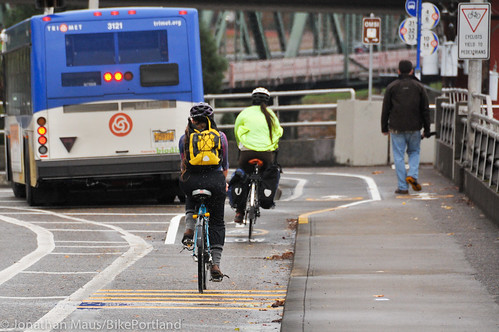 The work comes as part of a larger project to improve the design of a bus stop just east of the bridge. The existing, frequent service bus stop empties passengers right into the path of a very busy bike lane. To help manage the walk/bike traffic flow, the County plans to widen the but stop’s waiting area by four feet, “to provide greater separation between riders and bicyclists,” says spokesman Mike Pullen.

After the bus stop improvements are done (expected to be completed by the end of this month), the County plans to remove the set of “low humps” they installed back in November 2013. These small, yet noticeable rumble strips were meant to help slow riders down as they approached the bus stop. However, the humps’ design were widely criticized and were put in without notifying the County’s own Bicycle Advisory Committee. 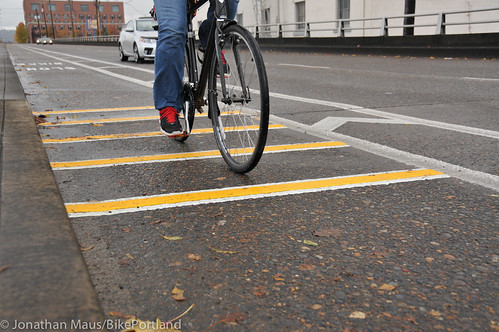 Less than a week after we published a story about the humps, the Multnomah County Engineering Services Manager went before the advisory committee and acknowledged the installation was “clearly a mistake.”