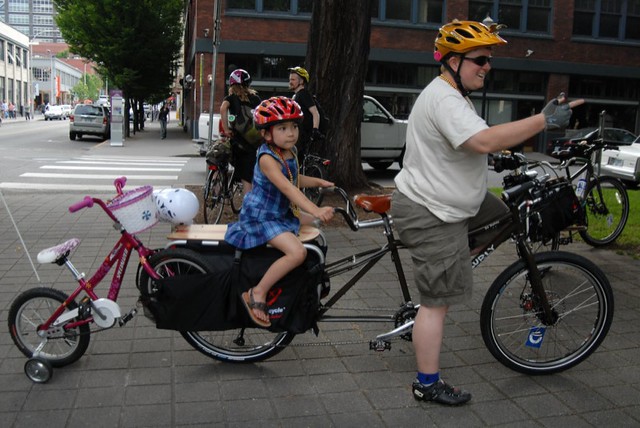 Kidical Mass PDX, the tradition of family bike rides each month exploring neighborhoods around Portland, will hold its annual planning meeting one week from Saturday and is inviting anyone who might have ideas to join in.

“We’ve had a pretty stable leadership the last few years, and that’s been great,” said Katie Proctor, who took the handlebars of Kidical Mass in 2010. “But we also are feeling a little set in our ways, so we’re looking for new blood to come in and shake things up.”

The rides, which vary from 20 or so people in the rainy months to as many as 100 in the summer, are aimed at parents with children from preschool through older elementary age. Kids are welcome to ride on their own bikes or as passengers.

The group’s official motto: “Kids are traffic too.”

“The rides tend to be about three miles,” Proctor said. “They are loops, and they are in different parts of the city every month and tend to explore bike boulevards and greenways and other sorts of comfortable family infrastructure so that young kids can ride along.”

Proctor described the typical speed of a Kidical Mass ride as “slow.” Kidical Mass originated in Eugene in 2008 and quickly spread to Portland. The name is a pun on Critical Mass, the somewhat more advocacy-oriented bike fun tradition that began in San Francisco in 1992.

It’s always a photogenic crowd. We’ve caught up with a few Kidical Mass rides over the years: 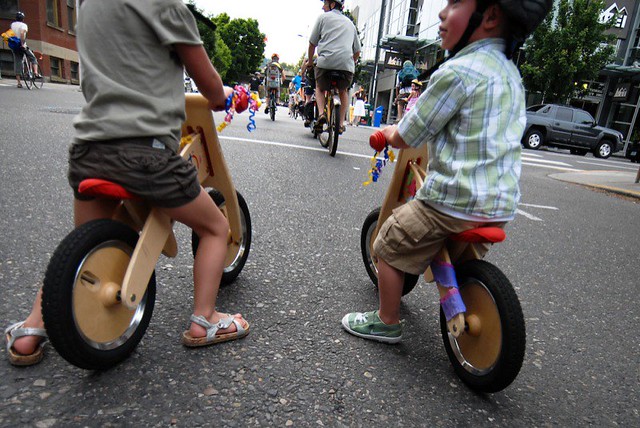 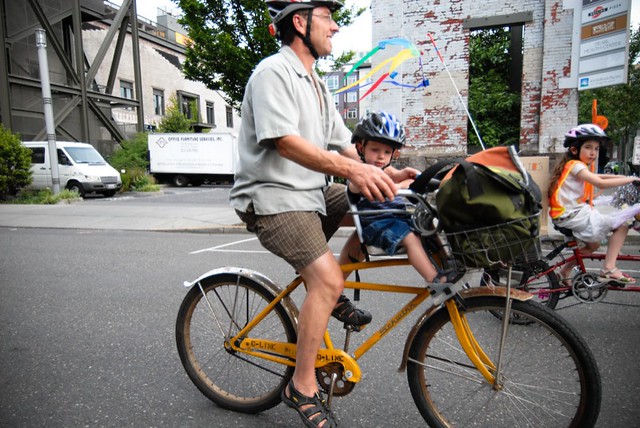 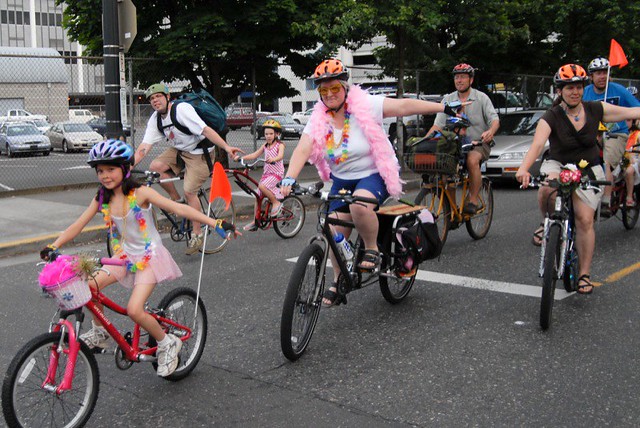 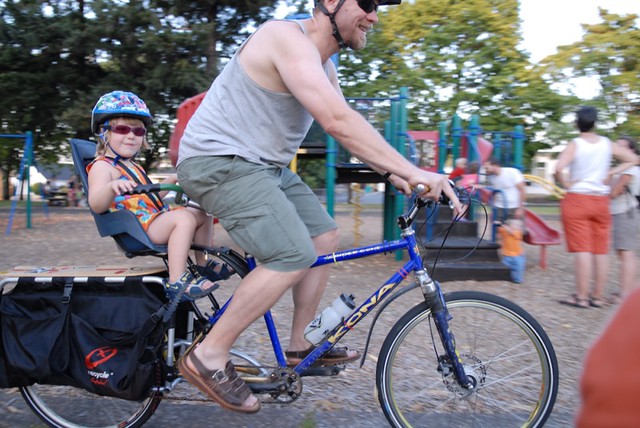 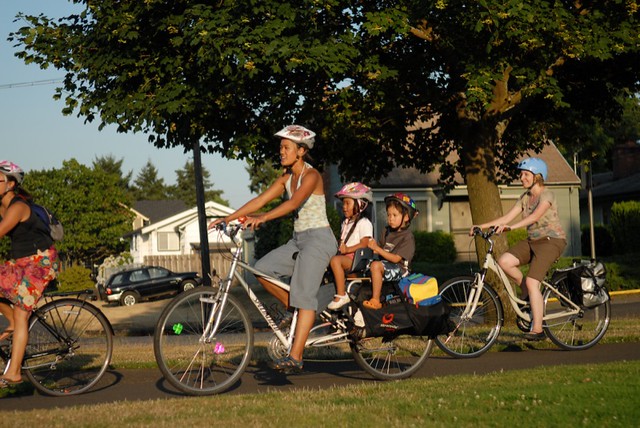 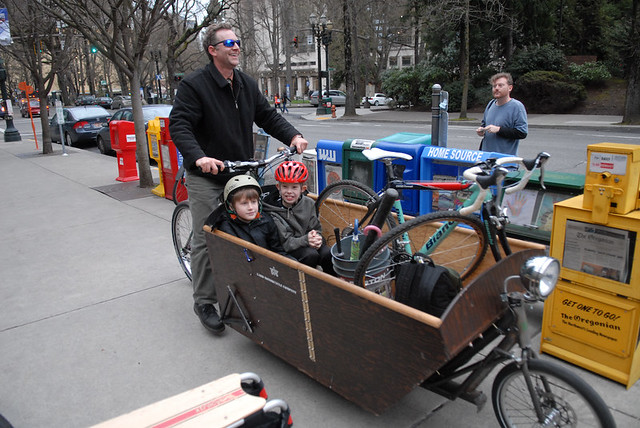 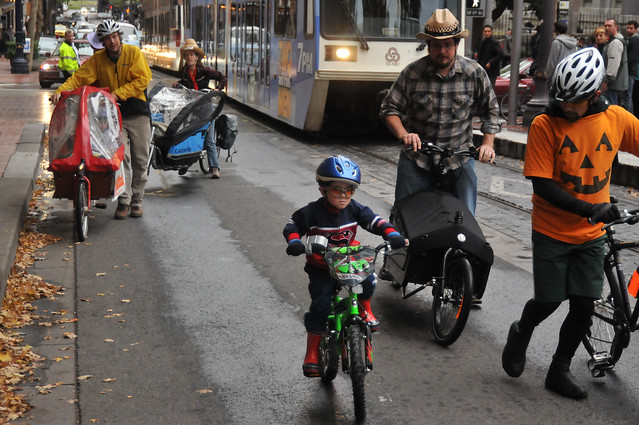 “It’s a good opportunity for folks who are not sure how to integrate their bike love and their parenting love,” Proctor said.

I asked if that was something Proctor, a mother of two who gets around mostly by bicycle, had ever struggled with personally. 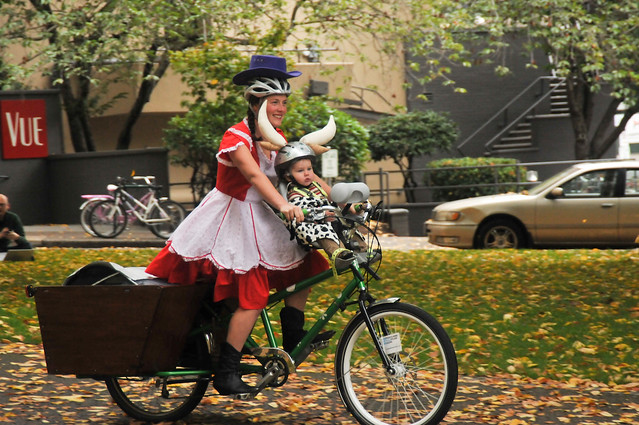 Katie Proctor with her son Jasper, on the Kidical Mass Halloween ride in 2010.