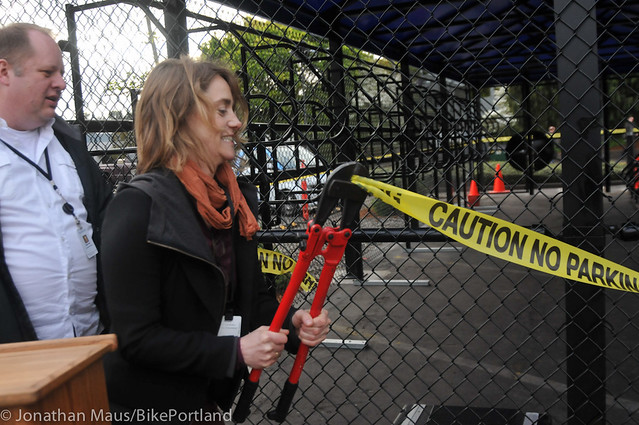 The densest major industrial park in Portland seems likely to lose its tiny transportation advocacy organization after a proposed funding shift from the Metro regional government.

The Swan Island Transportation Management Association currently relies on Metro for 59 percent of its revenue, with businesses based in the North Portland industrial park providing the remainder. In a round of grants announced Friday, Metro cut all its funding for the Swan Island TMA as well as for the similar organizations in the Lloyd District and Washington Park.

The Lloyd District and Washington Park TMAs will survive, largely because they get a share of local parking revenue from their area, but will be forced to scale back operations.

The Westside Transportation Alliance, based in Washington County, was the only TMA to receive funding from Metro.

It wasn’t clear by Saturday which other organizations had received grants to reduce peak-hour commute trips. For most of the last decade, TMAs essentially received guaranteed matching funds from Metro, but since 2013 have been competing with other nonprofits and government agencies for those grants. Metro plans to release a full list of grant awards on Monday. 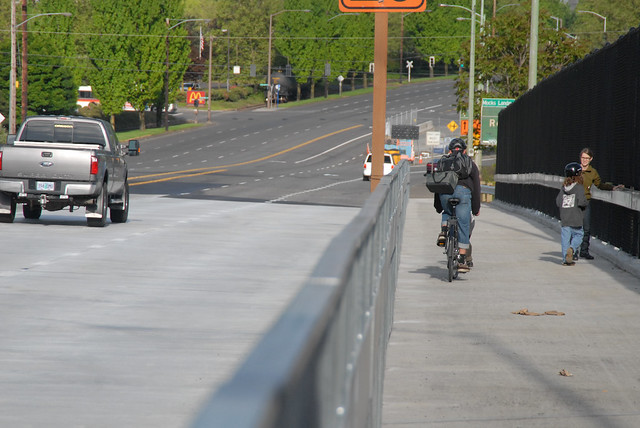 The barrier-protected sidewalk on Going Street was
largely the result of advocacy from the Swan Island TMA.

Lindsey Walker, employee outreach coordinator for the Lloyd District group Go Lloyd, called Metro’s decision Friday “kind of a surprise” and “certainly a hit” but said her organization would be able to continue its services thanks to a share of revenue from parking meters and local tenants.

Heather McCarey, executive director of the Washington Park TMA, said Friday that her organization would be able to launch an in-park shuttle as planned this summer, but would be unable to market that and other car-free transportation services to the extent planned.

McCarey, whose organization competes for funding with the Swan Island TMA, said that TMA has served too valuable a public purpose to not receive any public funding.

“It is a lot of work and years — years! — of relationship-building and work that was put in,” said McCarey. “And how are we capitalizing on that, by not supporting Swan Island? I’m not necessarily thinking that they should be expected to live on their own. I think that they should get support.” Angell joins Portland Community College leaders
in 2014 for the opening of a new trades center
on Swan Island.
(Photo: PCC)

“For Swan Island, this means the TMA likely will close after 15 years at a point when the island heads into an unparalleled stretch of employment growth, with thousands of new employees and students seeking access to trades and industry training,” she said.

The decision from Metro’s Regional Travel Options Committee, which has yet to be formally ratified by Metro’s council, comes as Daimler Trucks North America is building a $150 million expansion to its Swan Island headquarters that is about to add 1,000 or more new employees to the area’s workforce of about 11,000.

Swan Island is served by one six-lane road with a barrier-protected sidewalk, by two TriMet bus lines and by two bike routes — one legal but unfinished, the other illegal.

Swan Island’s TMA has been the leading advocate and defender of all those resources. Its staff of one to two people led efforts to add the sidewalk barrier, successfully lobbied to create TriMet’s No. 85 bus and Swan Island Evening Shuttle, protected the bus lines from cuts that would have thrown their schedules out of sync with Swan Island employers, and championed new infrastructure like the riverfront trail that has become a bike-to-the-beach destination near the heart of the city. 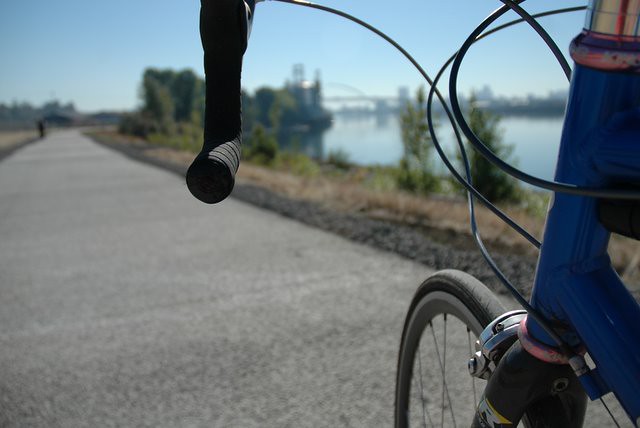 Angell’s predecessor Lenny Anderson has been a board member and significant advocate for the North Portland Greenway, a planned riverside path from the Rose Quarter to the Columbia River, running through Swan Island.

The results of all this advocacy have been difficult to measure; the Census does not track commute modes for areas of Swan Island’s size.

From 2002 to 2009, Census surveys showed the share of workers commuting to Swan Island from nearby ZIP codes fell slightly, from 10.7 percent to 10.1 percent — but commuters to the nearby Rivergate Industrial Area fell five times faster, from 14 percent to 11 percent.

“Where can you find in Portland a more diverse workforce?” Angell said. “These are the hardest working people in the Portland area, who used to live close in and now live in the outer east neighborhoods.”

Daimler, one of the area’s few white-collar employers, has emerged as a major hub for bike commuting. Last September, its employees logged 27,108 miles biked during the Bicycle Transportation Alliance’s annual commute challenge, more than any single company in the state.

In December, we wrote a Friday Profile of Daimler’s Kyle Carlson, who was personally responsible for 1,144 of those miles last fall — 50 a day, the most in the state last year. Here’s Carlson, posing outside the free, secure and covered bike parking area that Daimler opened in 2013 after years of advocacy by the employee bike committee that has long been nurtured and assisted by the Swan Island TMA. In our profile, Carlson explained how biking to work has become one of the most important things in his life. He’s dropped 100 pounds since starting to bike to work during the commute challenge several years ago.

The Bike Commute Challenge was one program that will be funded by Metro in the 2015-2017 grant cycle. The BTA learned Friday that it had been funded to create a full-time coordinator for that project.

However, it wasn’t just the challenge that enabled Carlson’s commute shift. As he explained in our profile, Carlson would have been unlikely to continue beyond the commute challenge if not for a map posted in the Daimler common area that helped him find someone else with a similar bike commute. Carlson said the colleague he met through that map, Steve Taylor, became both a good friend and his most important inspiration in starting to bike to work rather than drive.

Angell confirmed on Friday that the ride-matching map had been posted as part of her advocacy in support of Daimler’s bike commuters.

Correction 8:54 pm: A previous version of the story incorrectly described the nature of the shuttle within Washington Park. It also understated the 2002-2009 increase in long commutes to the Rivergate industrial area.