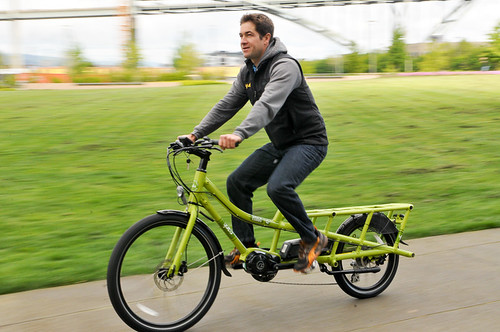 When Yuba’s debuted in Portland nearly seven years ago, I can remember the dismissive chuckles. Back then, Xtracycles ruled the market for “longtail” cargo bikes and most people thought the Dutch bakfiets bikes were the state of the art when it came to hauling kids and cargo.

The company’s first model, the Yuba Mundo was stout and overbuilt and relatively heavy at 59 pounds. It took a while to win people over, but eventually the Mundo proved itself. It became a favorite for anyone who valued stability and toughness and it’s a hit with bike-based businesses. Heck, we’ve even met a guy and his dog touring the country on one.

In the past seven years Yuba has come a long way. They’ve grown alongside the cargo bike boom in America and they’ve benefitted from a renaissance in urban biking that has seen many cities add protected bike lanes and other infrastructure that makes living without a car much more feasible.

And it’s people who want to live carfree or low-car Yuba now hopes to attract with its latest offering — the Spicy Curry. Yuba’s Founder and CEO Benjamin Sarrazin rolled through Portland last week and I met up with him at Fields Park to take a closer look. 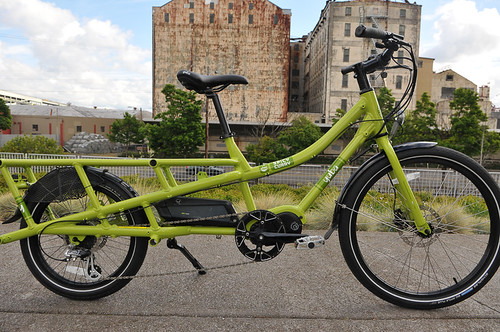 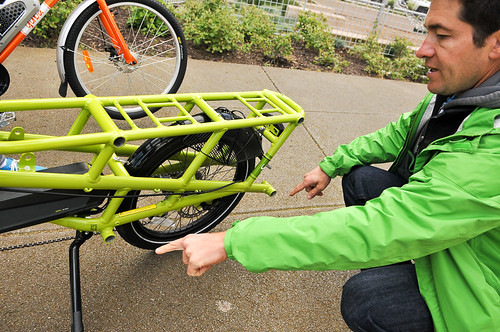 Sarrazin pointing to the modular rear rack system. He didn’t have the “truck bed” platform with him when we met. 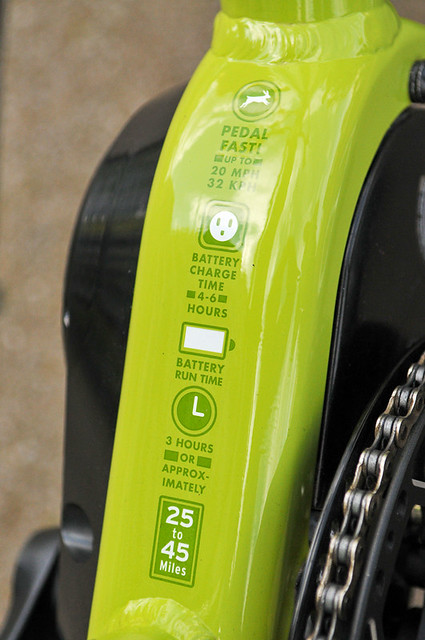 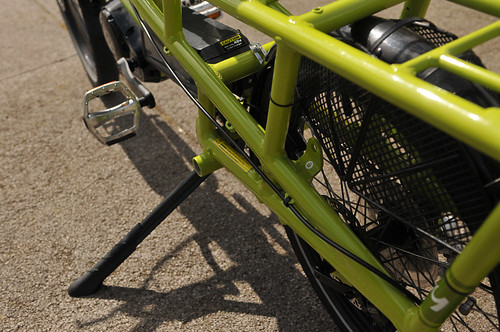 Sarrazin said he’s working on a hand-lever released dual kickstand that will be ready once the bikes are available in June. 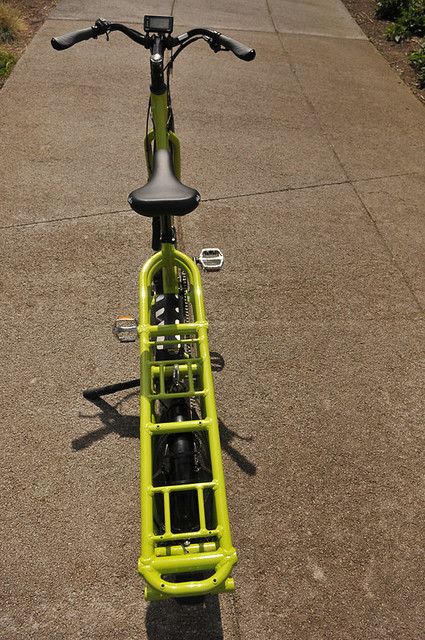 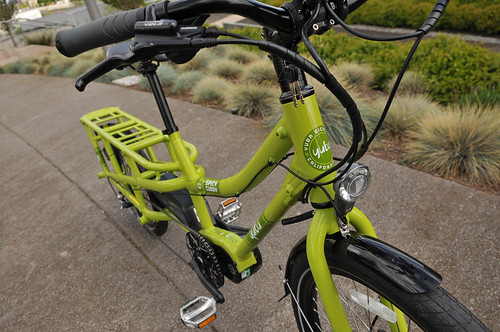 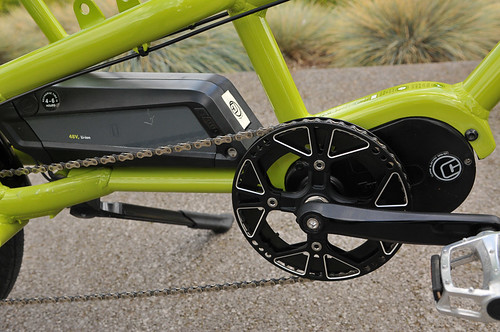 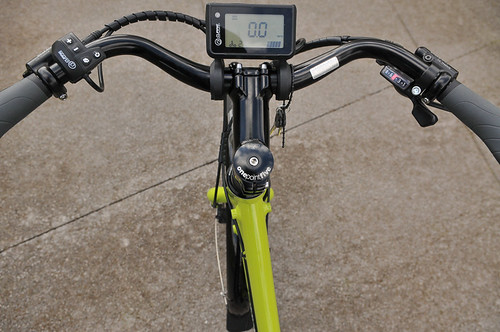 Sarrazin’s roots go way back in the cargo bike world. He was one of the original employees of Xtracycle when he started there 15 years ago and was a close partner of that company’s founders Ross Evans and Kipchoge Spencer. Xtracycle built its reputation on a kit called the “Freeradical” that would transform the rear-end of (nearly) any bike into a fully-competent longtail. But Sarrazin, now 41, thought the company should make a complete bike. After being rebuffed internally, he sprung out on his own and started Yuba. He designed their first model, the Mundo, and it was the first purpose-built cargo bike in the North American market.

Sarrazin’s new Spicy Curry is an evolutionary step from the “El Mundo” model, which is a version of the Mundo that ships with an aftermarket electric-assist kit built into the rear wheel. 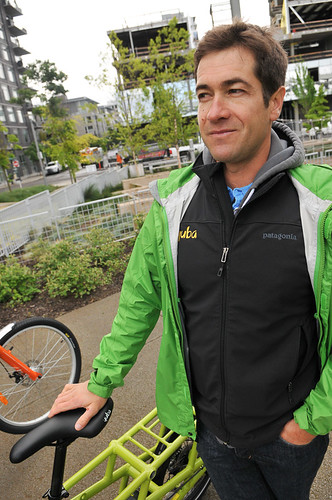 The name Spicy Curry name is a nod to Currie Technologies, the company Yuba partnered with top make the bike’s 350W motor. (Currie also happens to be the umbrella company for several e-bike brands and sells more e-bikes than any company in the U.S.) Sarrazin says it’s that motor that sets his new bike apart. “For years now, I’ve been looking at a way to make an integrated e-cargo bike. Then about a year ago, Currie came around.”

Sarrazin says the Spicy Curry’s “mid-drive” motor gives it the best efficiency, power and torque (acceleration) on the market. Instead of driving a wheel, the Currie mid-drive motor drives the crank-arms forward and it’s especially smooth and powerful when climbing hills.

With an estimated 80 percent of Yuba customers carrying kids, the extra power is a huge asset.

The Spicy Curry is made out of aluminum, which allows it to tip the scales at just 55 pounds — that’s lighter than the first (non-electric) Mundos that hit the market.

Another cool feature (that unfortunately wasn’t on the bike I saw last week) is what Sarrazin calls the “truck bed,” an attachment to the rear rack that creates a two-by-two foot loading platform. Pop off the loading platform and two child seats can snap on the deck in seconds. The Spicy Curry comes in one size and can be shipped with either a 350 or 500mm seatpost.

I took a quick spin on the bike and was impressed at how smooth it was. My only quibble so far is that it doesn’t come with a chainguard or a bell (UPDATE: Yuba says it will come with a bell. Yay!). It does come with integrated front and rear dynamo-powered lights – a must for any real utility bike.

I would love to try it out fully loaded to see if it could really be the car replacement Sarrazin hopes it will be. (Stay tuned for a possible hands-on test.)

The bike will be available next month from Clever Cycles in southeast Portland.

— Learn more about this bike at YubaBikes.com