Results from the first study of Oregon’s Scenic Bikeways are in: The 12 carefully selected routes that showcase the best road riding in the state accounted for $12.4 million in economic activity in 2014.

The Economic Significance of Cycling on Oregon Scenic Bikeways, commissioned by Travel Oregon and Oregon State Parks and Recreation Department, was published earlier this month by Dean Runyan Associates. The study gathered data on overall usage of the bikeways as well as where money was spent and the bikeways’ impacts on job creation.

Scenic bikeways are the backbone of the State of Oregon’s strategic focus on bicycle tourism — an industry that pumps $400 million into our economy each year. The program was established by law in 2008 and the first scenic bikeway became official in 2009.

Of the $12.4 million spent while riding scenic bikeways, this latest study found that $6.9 million was spent on accommodation and food, $5.3 million on retail goods (including snacks, groceries and gas) and another $182,000 was spent on arts, entertainment, and recreation (including cycling event fees). 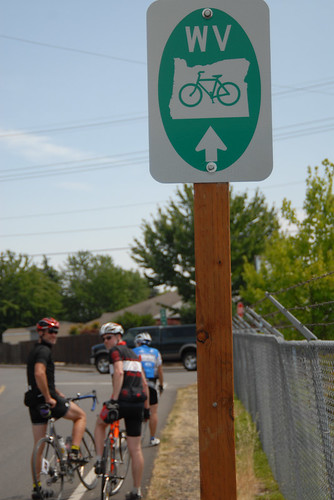 The towns these routes go through also benefit. The study found that cycling created 150 jobs and $3.4 million in total earnings while creating local and state tax receipts of $454,000.

Of the 12 scenic bikeways that were included in the study, the Willamette Valley Scenic Bikeway had the most action. Using data from RideWithGPS, Strava, and official ODOT hose counts, the study counted 18,700 bike trips on that route, with 9,800 overnighters and 8,900 day rides. In total, people took an estimated 79,200 trips on the 12 twelve bikeways (split evenly between overnighters and day rides).

The study also gleaned demographic data from riders. 65 percent of them were male and 35 percent were female. The majority (63 percent) were over 50 years old and had an annual income of $75,000. (No data about ethnicity was shared in the study.)