Cycle Oregon is much more than just a bike ride; but sometimes when the road and the landscape all come together it feels like the ride is the only thing that matters.

When we woke up this morning for our 53 mile jaunt from Farewell Bend State Park to Cambridge, Idaho, the light was perfect. A friend here on the ride called it “Jesus light.” Clouds filled the sky as the sun tried to peak through them, sending rays of light over our heads. And we just so happened to be cycling through a gorgeous section of the Snake River canyon (on Porter Flats Road just west of Weiser, Idaho).

It was a hell of a way to start the day… 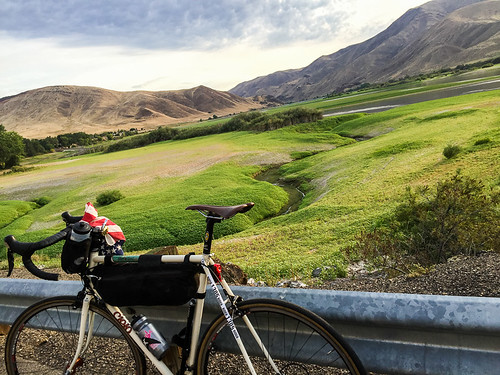 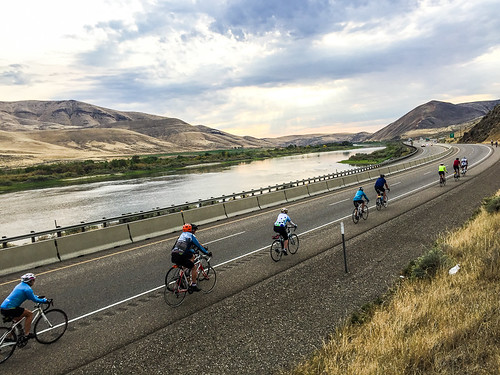 Interstate 84 isn’t so bad in this part of the state. 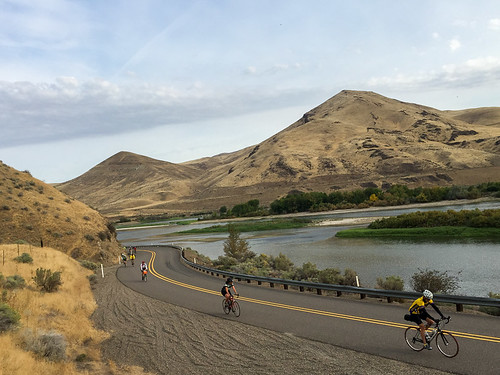 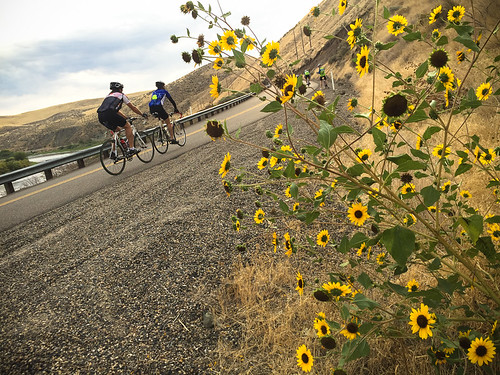 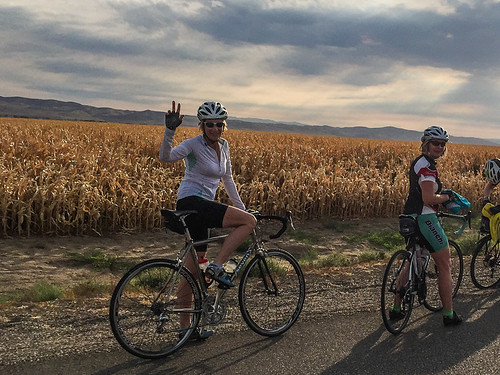 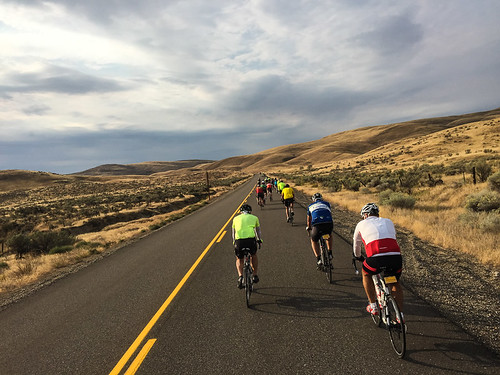 Our first big stop of the day was the old town of Weiser, Idaho (pop. 5,000 or so). I left the route as we entered town and explored main street. The buildings were old and eerily empty and decaying. You could tell that at one time this town was a bustling regional hub… 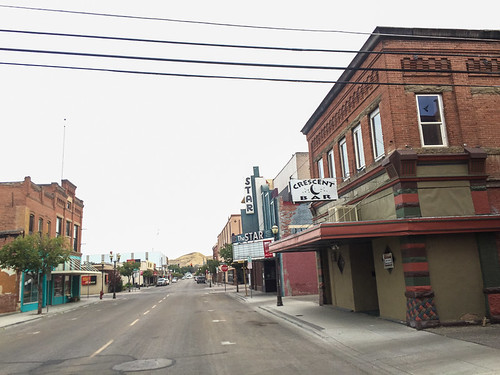 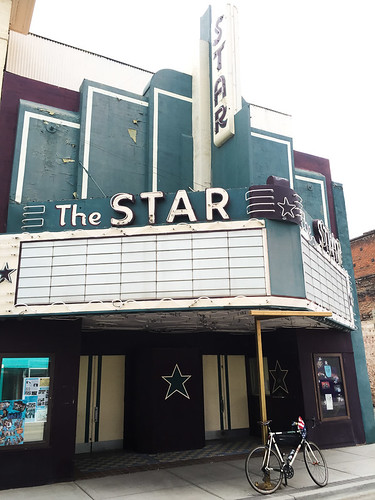 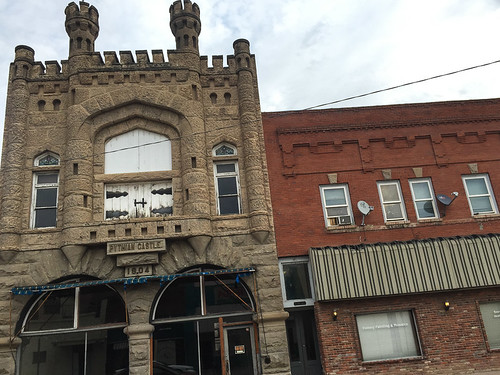 The Pythian Castle building was built in 1904 as headquarters for the Knights of Pythias, a fraternal organization and secret society founded in Washington DC in 1864. Among other rituals, to become a member you had to proclaim your belief in the Supreme Being and new members were given a long sword.

Weiser (Wee-Zer) is a working-class town that has seen many economic booms and busts in its 140-year history. These days it’s a farming town (onions and sugar beets mostly). But when folks aren’t working, they’re playing. Literally. Weiser’s biggest claim to fame is its fiddling, as in fiddle playing and old-timey music. Locals like to say they live in the “fiddling capitol of the world.”

And after watching a free concert by the Gem State Fiddlers at our rest stop, I don’t doubt them. The Gem State crew was about 8 or 9 strong. Banjo, guitars, singers, a stand-up bass, and of course a lead fiddle. As I listened I couldn’t make up my mind what I liked better: the music, or the people playing it.

Good morning from Weiser, Idaho, a place famous for its fiddling. #ridecycleoregon pic.twitter.com/ZWlUj0knxr 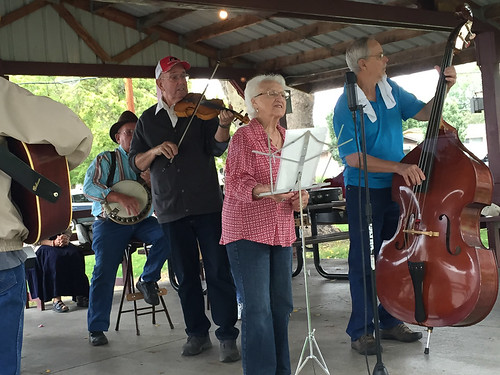 If you’re ever in this area on the third full week of June, make sure you attend the National Oldtime Fiddlers Contest. I hear it’s a hoot, at least that’s what the band’s “PR lady” told me.

While watching the band I met another woman named Joyce. She lives in Weiser and rides her Specialized Crossroads about 10-15 miles per day. “Mostly on farm roads and along the river,” she said. Joyce proudly showed me her bike computer which showed over 13,000 miles. “I think I’m wearing out my bike, that’s why my husband is out there looking at all these bikes. I think he wants to buy me a new one.” 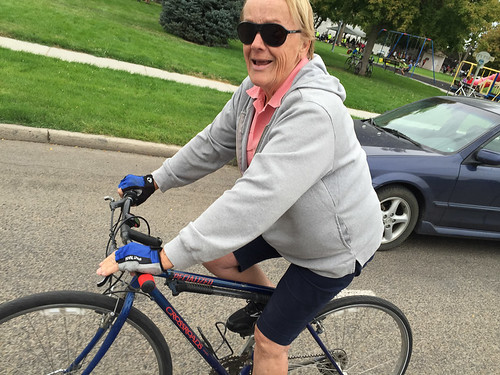 And with that, I’ll leave you today with a few more images from our ride between Weiser and Cambridge on Mann Creek Road… 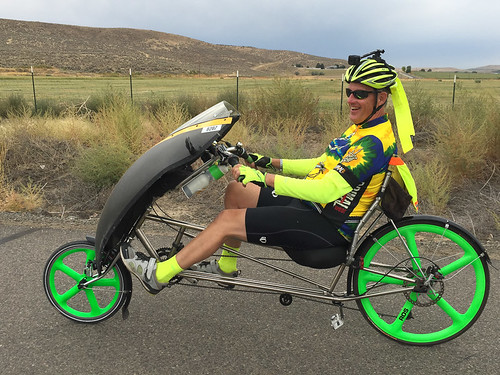 This guy gets the hi-viz prize. No contest. 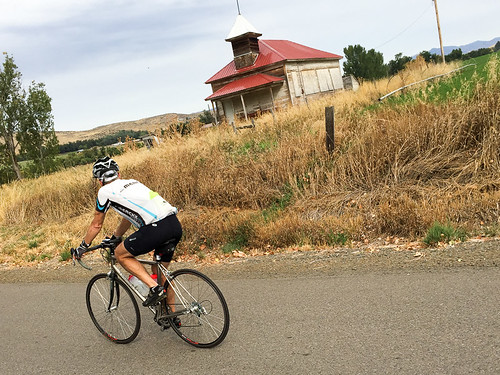 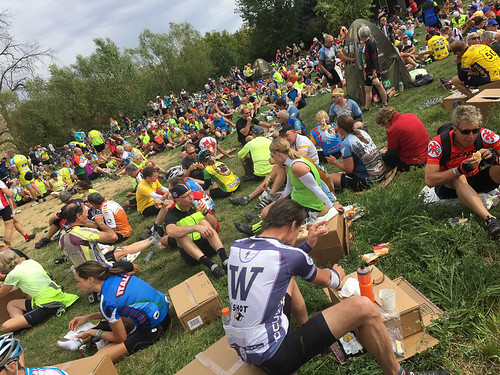 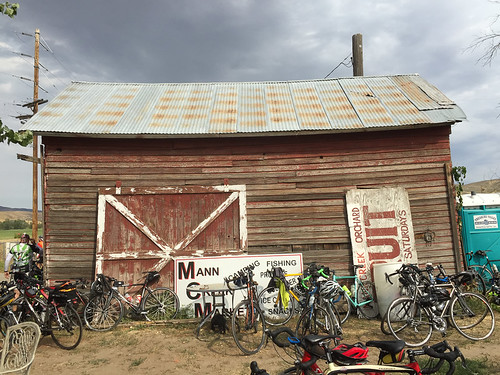 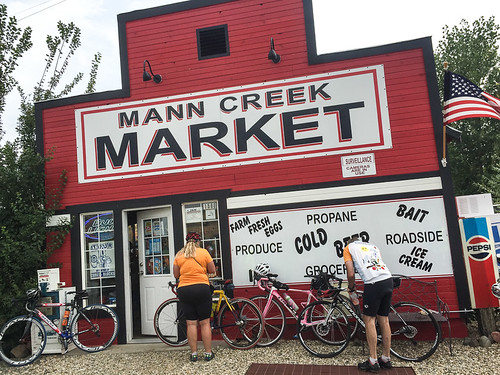 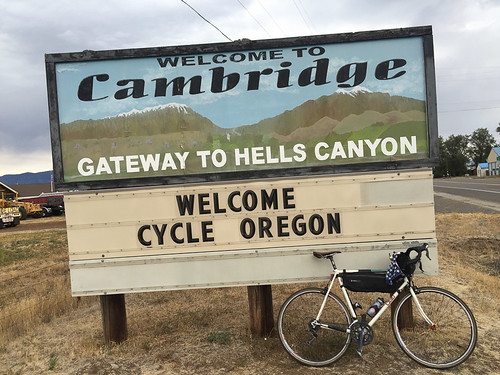 Cambridge was founded in 1900 and was named after Cambridge, Massachusetts. Over the years the town’s economic engine has shifted from mining to timber to hydroelectric power. These days it’s all farming and agriculture. 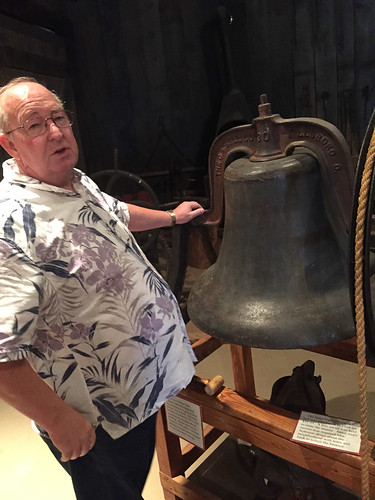 I got a private tour of the Cambridge Museum. He even rang this old school bell for me! 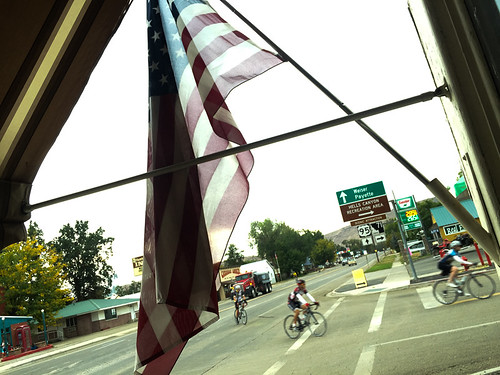 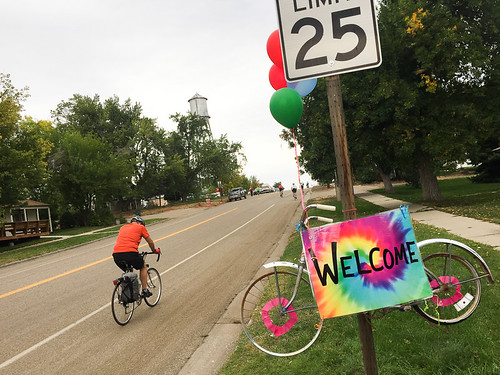 Hope you enjoyed my Day 2 diary. Read all my dispatches from the road here and stay tuned for more throughout the week. I’m also posting updates on Twitter and Instagram.