As we reported last week, the city whose livable streets program she led for three years, San Francisco, has subsequently delivered the nation’s most consistent string of boosts in bike commuting.

She’s now one year into a vastly larger gig: transportation director for the City of Los Angeles, which turned millions of heads last month when it rolled out a citywide plan to gradually reallocate numerous auto lanes to create dedicated bus lanes and 300 miles of protected bike lanes.

She’s also one of the most reflective transportation leaders in the country, as the interview below makes clear. Ahead of her free Oct. 6 talk at Ecotrust, we caught up with Reynolds to discuss her advice for Portland’s advocates and bureaucrats, the arguments for biking that work best and whether Portland is still cool.

How did you get into this stuff?

Sort of by accident. when I graduated from college, I didn’t have any idea what I wanted to do. I just started cold-calling people that I found just randomly. Through a friend, I got an internship at the City of Oakland.

“When I spray-painted my first dot and then went back to see there was not only a bike rack there but a bike was parked at it, it was love at first sight.”

All the folks that I talked to, they were smart, they were generous, and they were all engaged in what they were doing. And I thought, that’s interesting, you don’t see that every day. When I spray-painted my first dot and then went back to see there was not only a bike rack there but a bike was parked at it, it was love at first sight.

So you’re part of the secret cabal of liberal arts students who run the country’s active transportation movement?

As a history major, it’s very similar to history. You can I can see the same event and have a vigorous debate about it. Transportation is the same. We’re going to look at the same 80 feet of asphalt and think about who it’s for, why it’s there, how it’s going to be organized.

It’s as much art as it is science. I think that’s the trick of it. Although I have electrical engineers who build my signals, this not really about structural engineering. It’s not really about how much load the pylon will bear. It’s about how moving a stripe six inches to the left will impact human behavior.

How is your new hometown different than your last one?

Obviously it’s bigger. I think you can fit seven or eight San Franciscos into Los Angeles.

Los Angeles has extremely low voter turnout. Nine percent of the city’s population voted in the last mayoral election. in northern California, they vote at higher levels and I think that reflects a belief that you can actually affect government.

There is a much stronger equity streak in the bicycle and pedestrian advocacy here than there is in northern California, on social justice. Which I think is a legacy of the riots in Los Angeles, which really burned the city to the ground. The city had to have a really honest conversation with itself about the reasons that happened.

What do people misunderstand about Los Angeles?

It’s a highly urban place. I live work and play in a city the size of Boston, because downtown is strong and getting stronger every day. It’s extremely walkable and bikable. A third of the people that live in and around downtown are zero-vehicle households. So I don’t experience the same kind of crushing traffic that I think is so associated with Los Angeles. 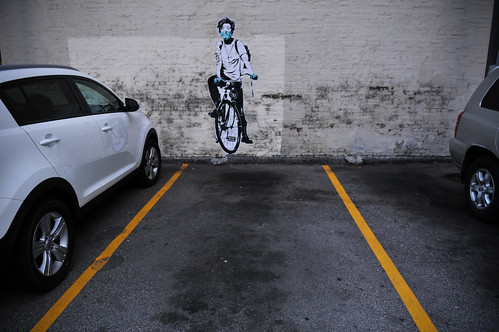 “Safety does not resonate with people as an argument for bike infrastructure. Because people perceive that bicyclists are poorly behaved.”

I have a lot of admiration and respect for him, but I would respectfully disagree, and say that’s a false choice. At least in Los Angeles, the idea of inviting people into the streets has been so powerful and revolutionary. We have the largest open-streets events in the country, the cicLAvia. People were afraid that nobody was going to show up. and it’s been such a tremendous success.

What safety is is above reproach. Safety is not a philosophical conversation. When you bring safety into it, you’re talking about something that really can’t be argued.

The problem is that you cannot use safety — and this is based on real focus group work that we did — safety does not resonate with people as an argument for bike infrastructure. Because people perceive that bicyclists are poorly behaved. People say that it’s bicyclists’ own fault that they get in these crashes. What good is a bike lane going to do? I would not agree, when it comes to bike infrastructure, that safety is persuasive. Pedestrian infrastructure is different.

What do you think of the argument that with so many problems in our cities, there’s no way to justify biking as a top priority?

The underlying assumption is that you have a fixed amount of political capital. I would really hope that you don’t have to choose between those things. 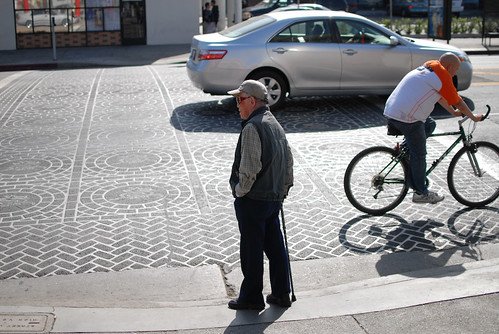 As someone with lots of experience in city government, what advice do you have for advocates?

The third thing I would say about that sort of successful collaboration is that there has to be space for real honesty. It’s okay in my experience when an advocacy organization comes in and say “Hey, we really hate what you’re doing with this project.” And the city can say “here are the challenges we were dealing with.” And the advocates can say, “We understand, we’re still going to go hard on you in the press.” Then we’ve both respected each other as equals.

Any advice for city officials?

Have you been to Portland before?

I lived there for a couple summers. It was in between my sophomore and junior and junior and senior years. It was the whole reason I came to the West Coast, because I loved Portland so much. I worked at the Noah’s Bagels on Hawthorne and then on Northwest 23rd. I did catering at the Rose Garden.

A lot of folks who work in the mayor’s office here, they’re under 30. I was talking to one of them about Portland. And he was like, “was that in the 90s?” He was like, “Oh yeah, back when it was really cool.” I was like, “Hey, it’s still pretty cool.”

Qs & As were edited. Reynolds returns to Portland Oct. 6 to deliver this year’s Ann Niles Transportation Lecture, an address about transportation issues from an out-of-town perspective hosted by the Transportation Research and Education Center. The event is free but it’s half-booked so far, and an RSVP is required for guaranteed seating. Update 6 pm: TREC now says the event is down to 20 seats out of 150.

The post ‘When you have it, it’s priceless’: Nine questions for Seleta Reynolds appeared first on BikePortland.org.