‘Tis the season to be jolly… But it can also be the season of eating, drinking and lounging around inside the comfy confines of your home with family and friends. Now it’s time to break that cabin fever, bundle up, grab your bike, and hit the streets.

There are two holiday rides in Portland worth doing. And one of them is tonight (Monday the 28th). Here are the details… 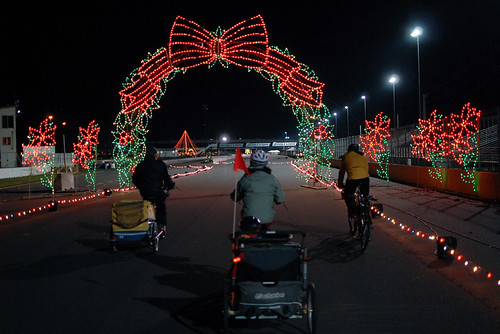 Roll out to PIR and enjoy this annual tradition. This year’s carfree night at Winter Wonderland has been rescheduled just for bikes! That’s right, it’s time to Bike the Lights! The track will be open from 5:00 to 9:00 tonight and if you want some cheerful company there’s a group ride leaving from Bike Farm (1810 NE 1st Ave, about five miles from PIR) at 6:00 pm. Bring $6 for your ticket. More info here (FB). 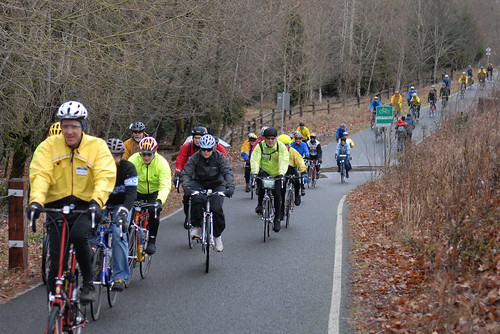 What better way to ring in the new year than on your bike? The BTA has been leading this ride for decades and it’s always a hit. This year’s route will be about 10 miles long and it will begin under the west end of the Morrison Bridge, head over the river via the Tilikum Crossing and end up with hot drinks and food at the new Zoiglhaus brewpub in Lents. As a bonus, this ride will introduce you to the exciting new “Green Ring” bikeway concept around Lents town center. Learn more and RSVP via the BTA.

The post Two holiday rides worth doing (one of them’s tonight!) appeared first on BikePortland.org.