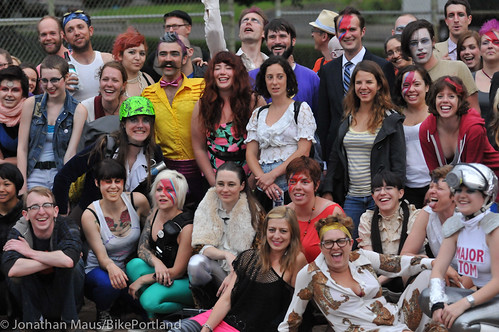 Local fans of David Bowie are planning a memorial ride tonight to remember the music and fashion icon who died today at age 69. The ride will meet at 5:00 pm in Waterfront Park (at SW Pine).

For many years now, Bowie and his music have loomed largely in Portland’s bike scene thanks to the annual Bowie vs. Prince bike ride. The ride happens each year in June during Pedalpalooza. Hundreds of people show up in elaborate costumes and make-up — some drawing inspiration from Prince, others from Bowie. The two “sides” start separately and then meet-up for a huge dance party in the street fueled by free spirits and loud mobile sound systems.

This won’t be the first time Portlanders have come together on bikes to remember a cultural and music icon. When Michael Jackson died in 2009, dozens of people showed up in just a few hours’ notice to ride, sing, and dance together in his memory.

Tonight’s Bowie memorial ride will roll out at 5:30. It will be led by Lilian Karabaic, one of the main organizers of the Bowie vs. Prince ride. Below is a map Lily made for the ride, followed by photos from past rides…. 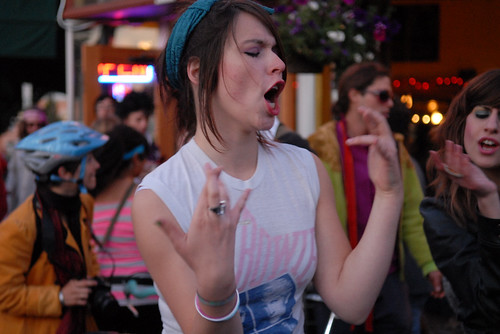 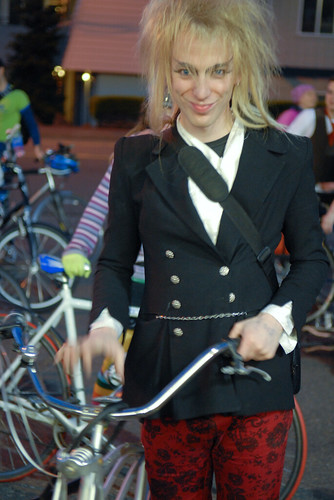 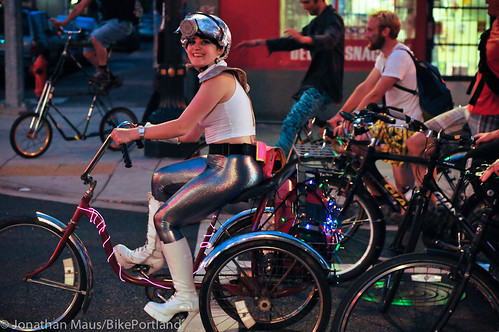 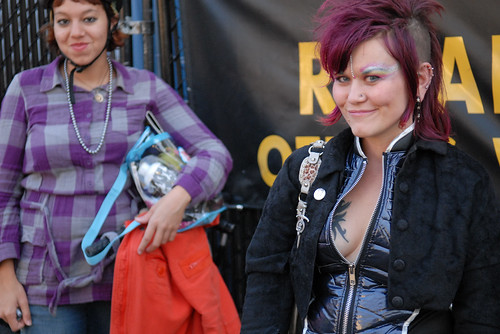 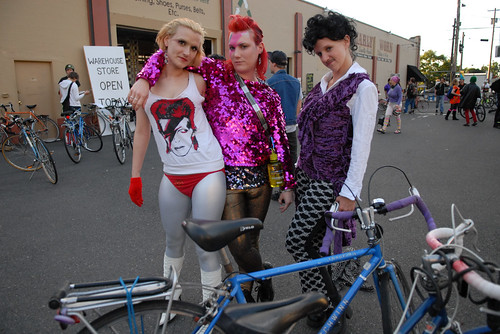 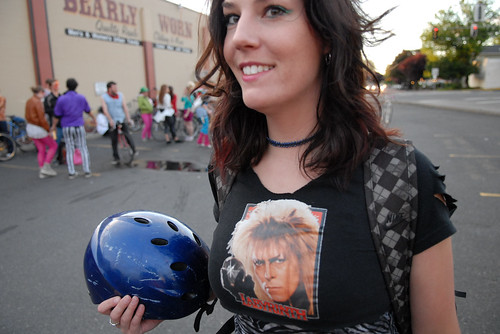 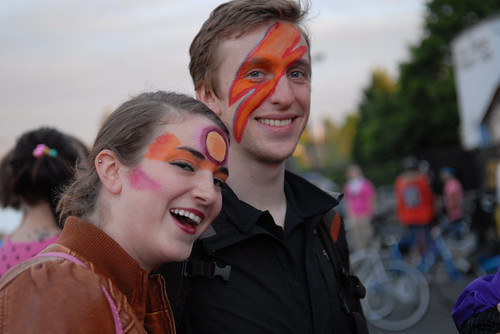 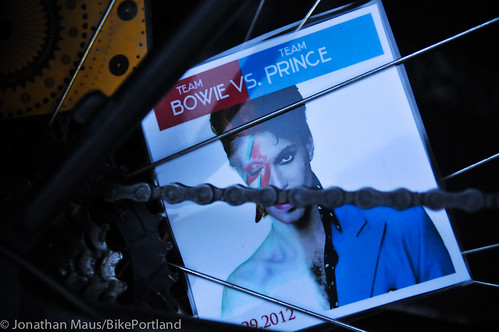 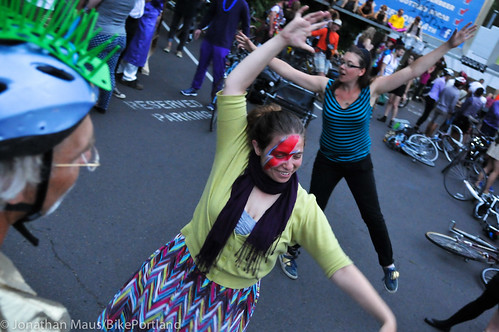 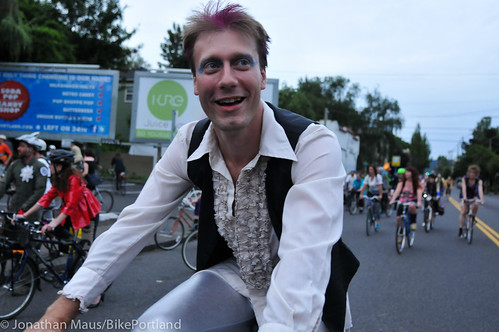 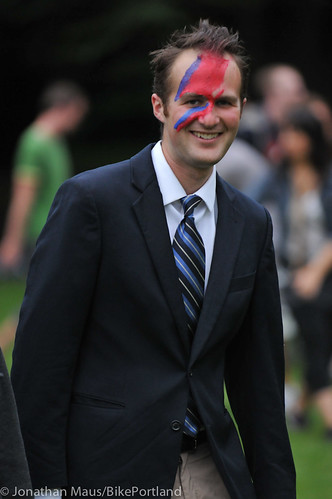 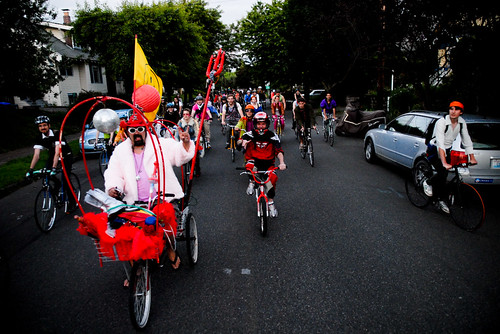