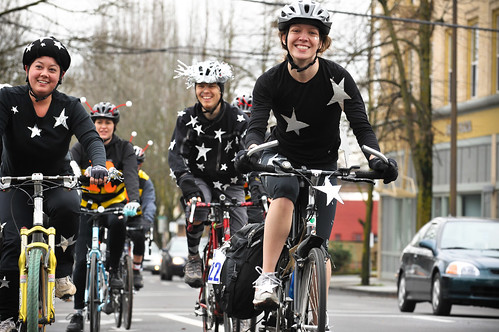 Time to bust out of winter with a huge and fun bike ride!
(Photos: J. Maus/BikePortland)

Organizers of Worst Day of the Year Ride, one of the largest in Oregon, are pulling out all the stops for its 15th birthday. The ride is expected to have about 3,000 participants when it rolls out of southeast Portland on February 14th.

This year’s ride has new routes, new rest stops, and a serious costume competition that boasts $5,000 in prizes. Ride Director Porter Childs with Good Sport Promotions said he and his crew want to make it special because, “This is more than just a ride, it’s a celebration of Portland’s fun and quirky nature.” To prove his point (and to inspire great costumes) Childs has lined up an impressive list of prizes that includes a hiking tour via van for you and five friends, private dinners, bike gear, and more. Costumed riders will compete in four categories: most elaborate, group, weather-themed, and “punniest”.

Here are a few fun costumes I’ve seen over the years: 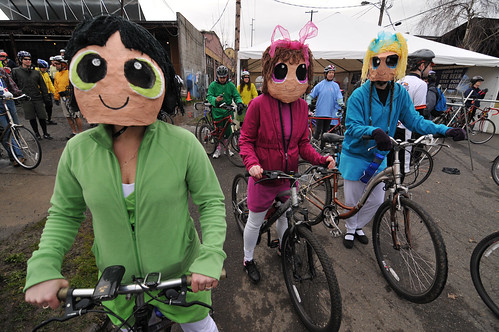 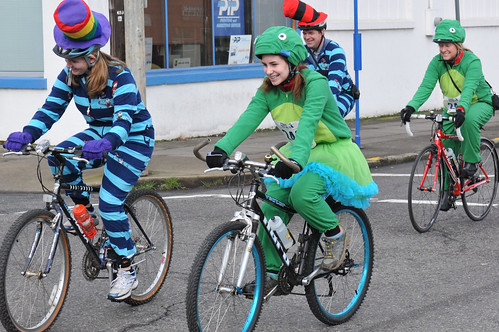 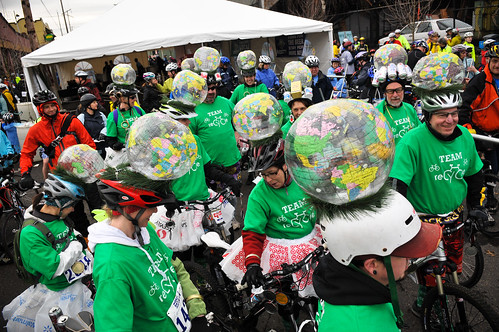 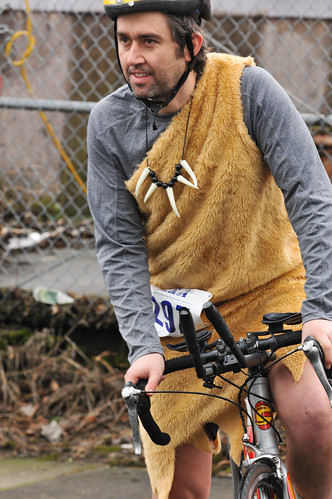 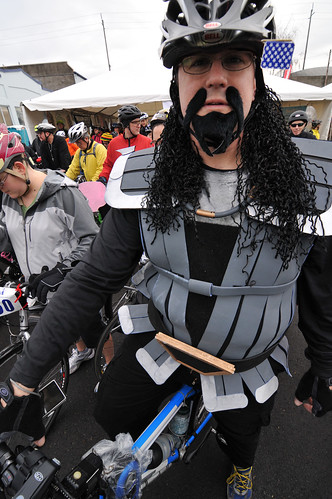 Adding to the fun is that everyone with their crazy costumes has to actually ride through town. There are two routes: The 15-mile Urban Course that loops from inner southeast up through the Hollywood neighborhood and back down via the Michigan Greenway and Vancouver while making four stops (Velo Cult, Hi Wheel, Ecliptic, Lucky Lab); and the 42-mile Challenge Course that will take riders from southeast Portland north to the St. Johns Bridge and over the West Hills into the valley for a stop at the Cornelius Pass Road House before heading back to Portland via Beaverton and Washington Park.

After the ride, the party really starts with celebration in the street that includes a professional photo booth, free homemade soups from Laughing Planet Cafe, and heated tents if the weather warrants it.

Speaking of weather, two years ago this ride was cancelled because it was scheduled on literally the worst day of the year and organizers were concerned about safety when roads filled with snow and ice.

Registration is $39 per person through February 11th and $49 at the day of the event. Kids 12 and under are just $10. A portion of proceeds from the ride benefit the Sunshine Division, an organization that provides food and clothing to those in need.

The fun starts Friday February 12th with a pre-ride Party at Lucky Lab Brew Pub (915 SE Hawthorne) from 4:00 to 7:00 pm. Get all the details at www.WorstDayRide.com.

This post is part of a paid promotional partnership between BikePortland and Good Sport Promotions.