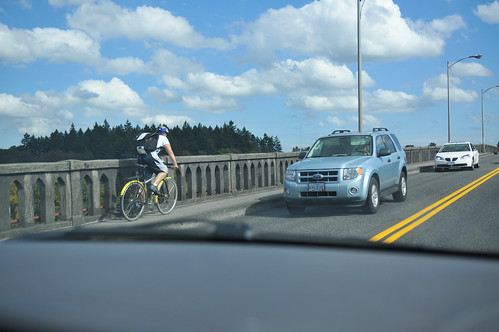 The view of the Sellwood Bridge sidewalk from inside a car.
(Photos: J. Maus/BikePortland)

Tonight at 7:00 pm the old Sellwood Bridge will close for good. Then for an hour between 7:30 and 8:30 pm Multnomah County will give you one last chance to say goodbye. The question is: Will you shed tears of joy or sorrow?

Five years ago the County broke ground on a project to replace the bridge and they’re mere days away from opening the new one. But before that big celebration happens, tonight is a chance for a final farewell. And for many people it might be their first time to actually stop and appreciate the views from the bridge. That’s because people who cross it on foot or by bike have always been forced to share one narrow sidewalk that’s just a few feet wide. It was annoying and dangerous.

Here are a few photos from our archives… 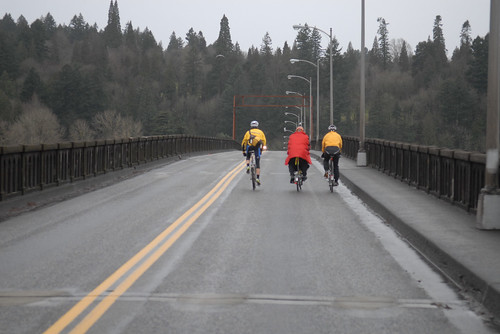 New Year’s Day morning in 2010 — a rare time when you could take the lane without any stress. 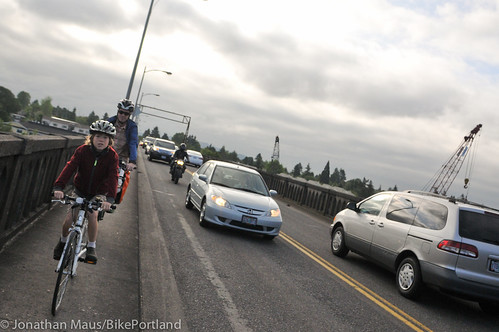 I shared a morning commute with the McLeod family in May 2014. 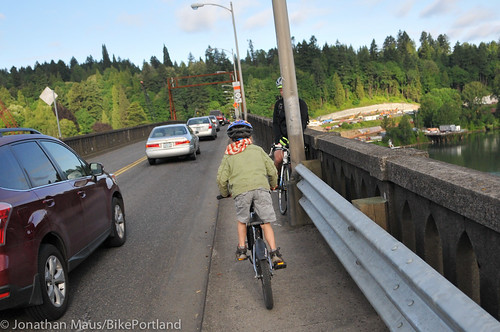 It was so narrow one person (behind the pole) had to stop and schooch over. 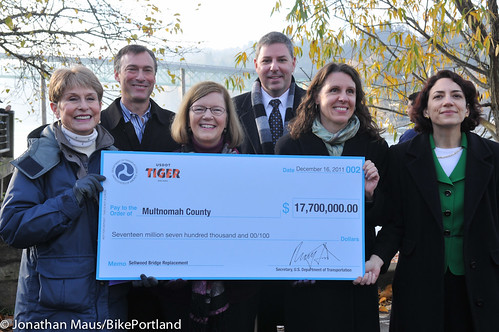 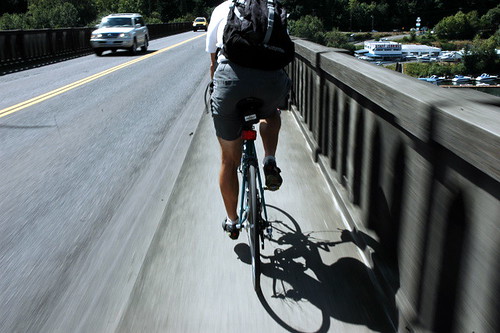 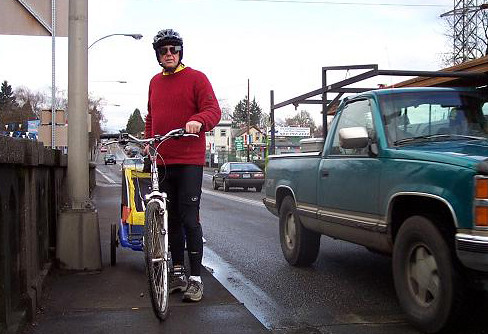 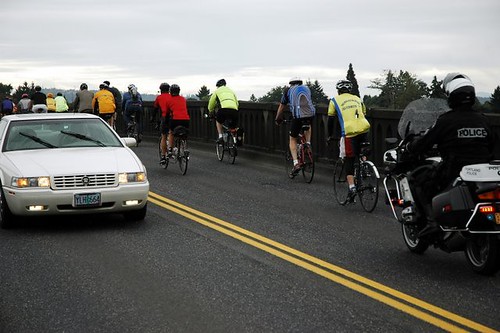 On an event ride in 2007 we took the lane thanks to a police escort.

So out with the old and in with the new!

On Thursday night February 25, fans of the old Sellwood Bridge will have one last chance to say goodbye. The old bridge will permanently close to traffic that day at 7 pm. From 7:30 – 8:30 pm, residents can walk across the 90-year old bridge one last time to say goodbye. Bring your flashlights, electric candles, and phone lights for this candlelight event. A bagpiper in kilts will lead the gathered friends of the old bridge as we bid it farewell.

Participants should assemble on Grand Avenue off of Spokane street (near the bridge’s north sidewalk) no earlier than 7 pm. The procession starts at 7:30 pm. We’ll have time to walk from east to west and back again. The bridge will need to be cleared by 8:30 pm so that work to set up the new bridge for traffic can begin.

I was hoping to get out there today and grab some interviews and photos but it’s not going to happen. Instead, I’m hoping to capture some of your thoughts here on the blog.

The post The old Sellwood Bridge closes for good tonight: Will you miss it? appeared first on BikePortland.org.