Pedego is one of the largest and well-known names in the electric bike world and now they’ve got a retail outpost in downtown Portland. We mentioned the shop a few weeks ago and now that they’re open for business I swung in the other day for a peek.

The shop itself is located on a busy intersection on Southwest 2nd Avenue south of Stark — just across the street from legendary brunch spot Mother’s Bistro & Bar. (Store employee David Peters said he’s already had nearly a dozen people from Mother’s wander into the shop.)

Inside the shop Pedego has its full line of e-bikes on display, as well as several non-electric models from Creme Cycles. 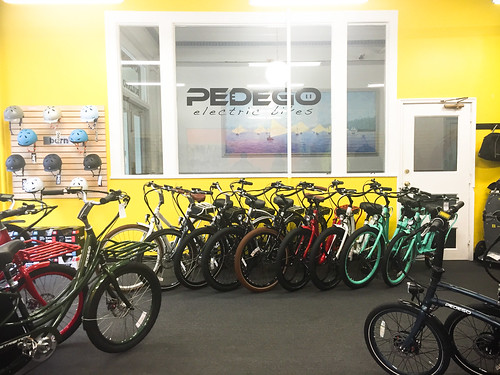 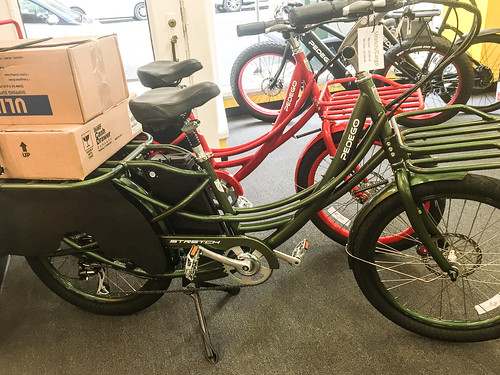 For kids and/or cargo, the Stretch is a serious rig. 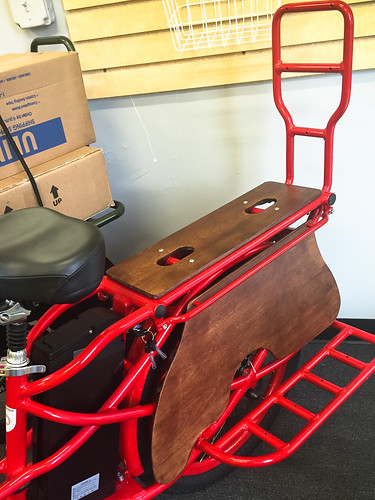 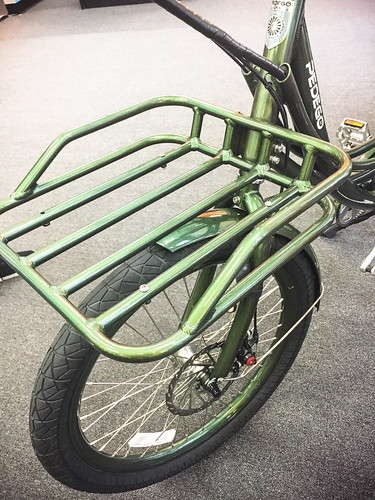 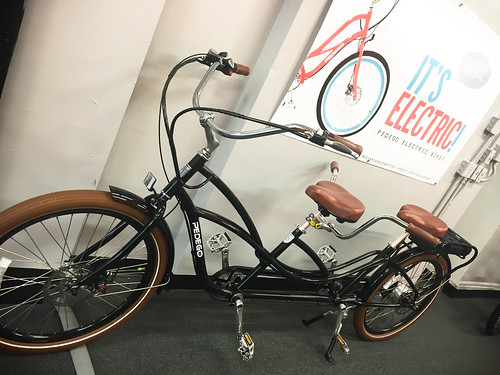 The Stretch is a monster. Peters said it could haul 400 pounds, it has racks all over the place, and it’s full of features like front and rear lights a USB port, and more. With a retail price of $3,500 it’s significantly less expensive than other electric cargo bikes in this increasingly crowded niche.

The Latch is Pedego’s newest model. I didn’t try to fold it but they say it takes less than 60 seconds. With concerns about theft and ease of carrying onto transit, folding bikes are getting more popular in Portland. Adding a 36-volt battery for a bit of extra power up the hills, a clean belt-drive and internally geared rear hub should help this $2,500 bike find lots of fans.

In addition to offering sales and test rides, Pedego Portland also offers service, basic commuting gear and accessories and rentals too. They also hope to start doing electric bike tours. Given them a call (503) 241-2912, visit PedegoPortland.com or swing by and check them out at 412 SW 2nd to learn more.