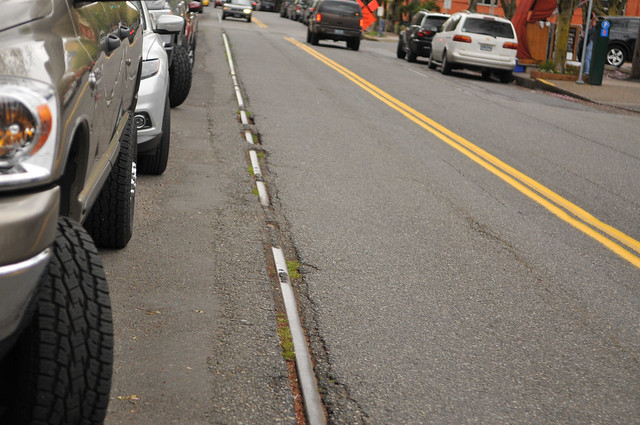 Our community has known for years that streetcar rails embedded in the pavement on northwest Portland streets are a major hazard. Activists have organized and worked with the City of Portland to raise awareness about the problem. Two years ago the city officially acknowledged the issue and promised to work on making them safer.

Today during my daily bike-about I discovered a new front in the battle against this hazard: old rails that are being exposed due to deteriorating pavement. Unlike the streetcar rails, I’m not aware of any organize advocacy campaign to have these removed nor am I aware of any effort by the City of Portland to address the issue (beyond their standard street paving plans).

Yesterday I mentioned some exposed freight train rails on NW 15th; but not many people use that street so it doesn’t feel like an urgent issue in that location. Today however, while biking on 12th south of NW Johnson I was shocked to see them right in the part of the street where people typically bike.

In a bygone era streetcar and freight rail lines were as ubiquitous as today’s bus lines — especially in this former industrial part of our city. Now, as pavement maintenance gets neglected and the roads deteriorate, those old rails are beginning to emerge. For every other user of our streets they are really no big deal. People using cars, trucks, buses or walking with their feet can pay them no mind. But for people using bicycles (and even motorcycles!) these tracks are a major hazard. 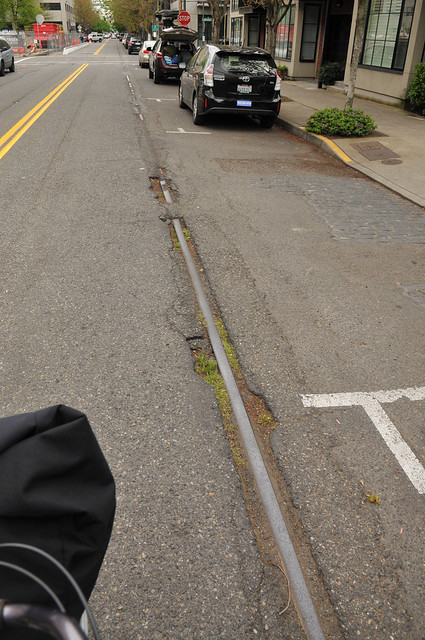 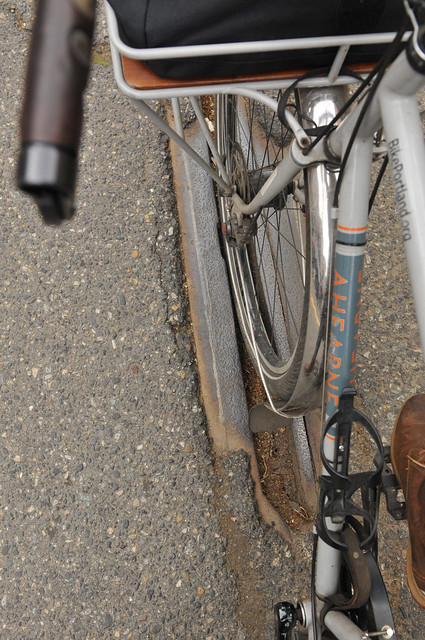 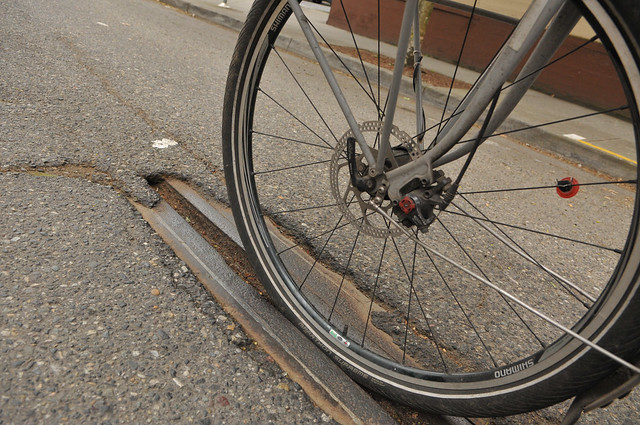 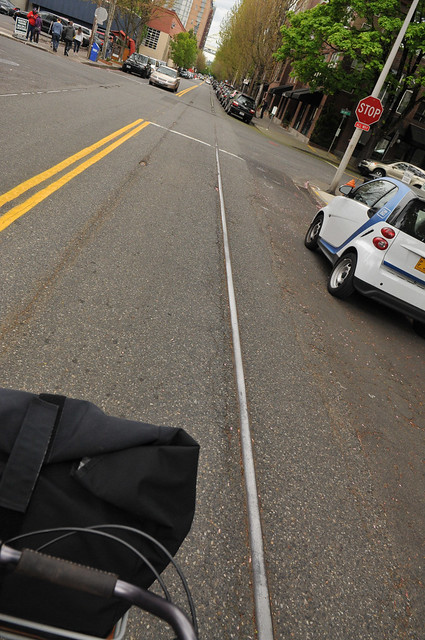 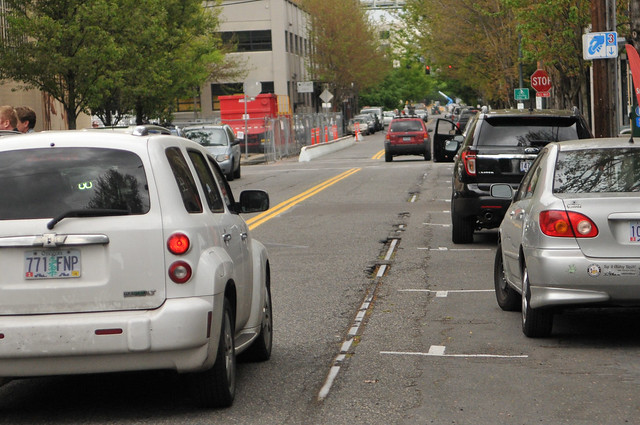 Looking north on 12th toward Irving.

As you can see in the images the tracks on 12th go for several blocks south of NW Johnson. In some places they are about two inches deep. Anyone using relatively narrow bicycle tires would not stand a chance of staying upright if they hit these at the wrong angle. Add in a bit of rain or moisture it’d be an instant crash.

In a few months we’ll be putting hundreds of bike share bikes on these streets. It’s simple: If we want to encourage people to ride bikes we have to fix stuff like this.

I’ve noticed other (but thankfully less severe) examples of this on SW 4th Avenue near Burnside. Have you seen these around town? I’d love to hear more of your thoughts about them. I’ll update this post when/if I hear more from the city or others about efforts to fix the problem.

The post NW Portland has a problem with exposed rail tracks in the street appeared first on BikePortland.org.