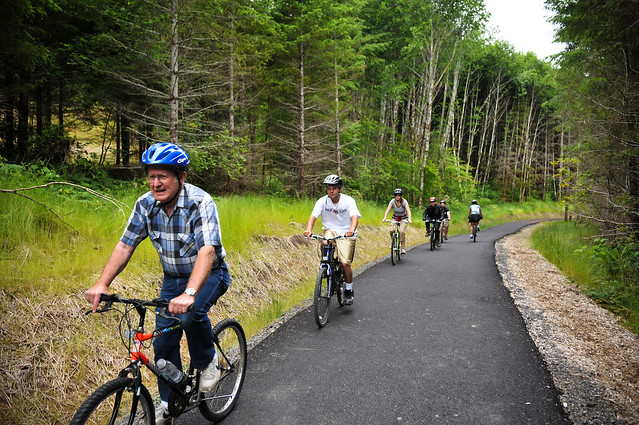 The Banks-Vernonia has been a runaway success.
(Photo: J. Maus/BikePortland)

We all know it’s an amazing place to ride, now let’s make it official: The Banks-Vernonia Trail has been nominated for the 2016 Rail-Trail Hall of Fame.

The Rails-to-Trails Conservancy is hosting the competition. The polls opened earlier this week and you have until the end of June 15th to place your vote.

The B-V (as we call it around here) is up against the GHS Swap Rabbit Trail in South Carolina, the Hudson Valley Trail Network in New York, the Rio Grade Trail in Colorado and the Shelby Farms Greenline in Tennessee.

There are currently 29 trails in the Hall of Fame. The Springwater Corridor, which was inducted in 2011, is currently the only Oregon trail among them.

Apparently you can vote as often as you’d like, so here’s that link one more time. Let’s do this.

The post Banks-Vernonia nominated for Rail-Trail Hall of Fame appeared first on BikePortland.org.