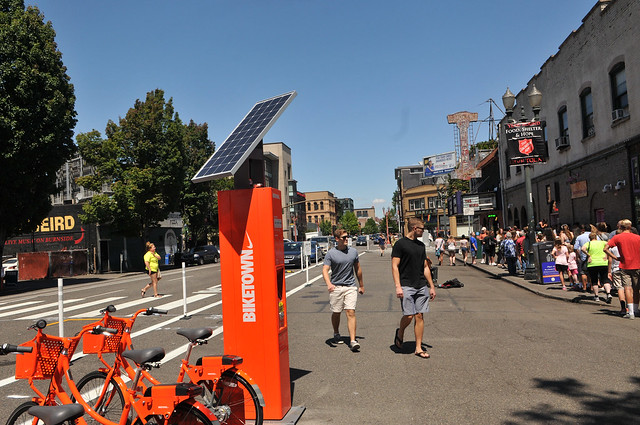 You know Portland is getting its groove back when the Bureau of Transportation creates a large new public plaza and it takes us nearly a week to get it up on the front page. Between the new lane design of Naito near the Steel Bridge, a few new traffic diverters on neighborhood greenways, and the launch of bike share, we haven’t had the chance to share this excellent news. So here you go: PBOT has taken another giant leap in the ongoing transformation of the wide expanse of pavement just outside Voodoo Doughnuts on SW 3rd at Ankeny.

The push for streets with fewer cars in this part of Old Town began over five years ago. From the start the political push has come from local business owners who understand that wide streets full of cars are not good for their bottom line (or the health of their city).

One year later the protected bike lanes were made permanent. And now here comes the plaza.

As we reported in March the Ankeny Alley Association received a $80,850 grant from the Portland Development Commission to make the plaza a reality and the city shared their plans back in June.

I got the chance to see the new plaza myself a few days ago and it looks fantastic. Before I share more photos of what it looks like now, check out this before shot from Google Streetview: 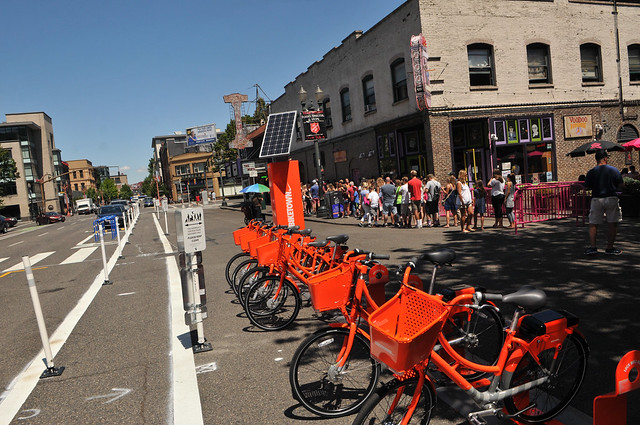 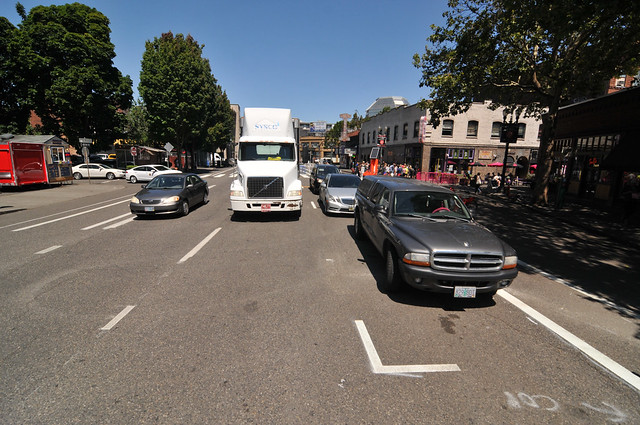 View north from SW Ash. The truck is loading supplies. To the right of the truck is the new floating parking lane. A car is passing by on the left. 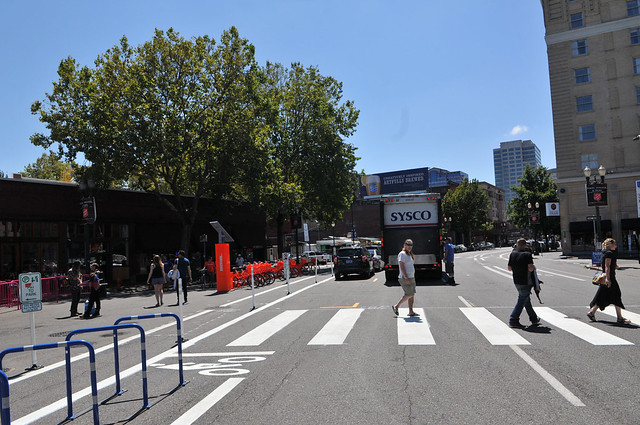 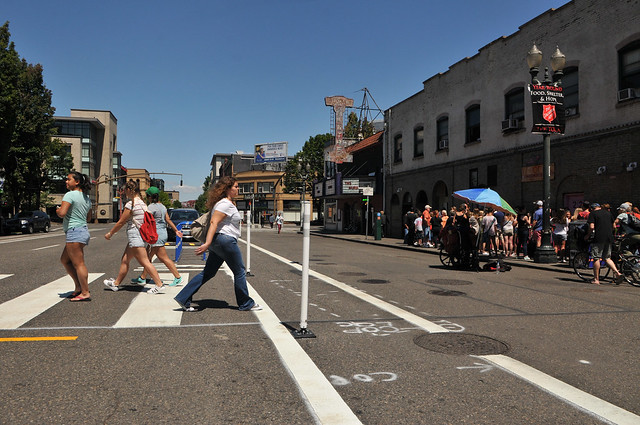 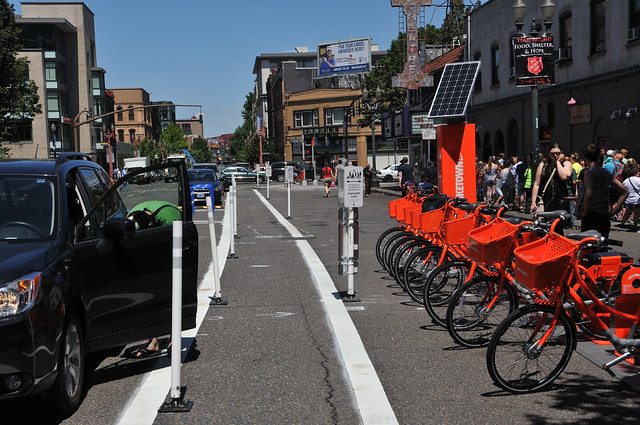 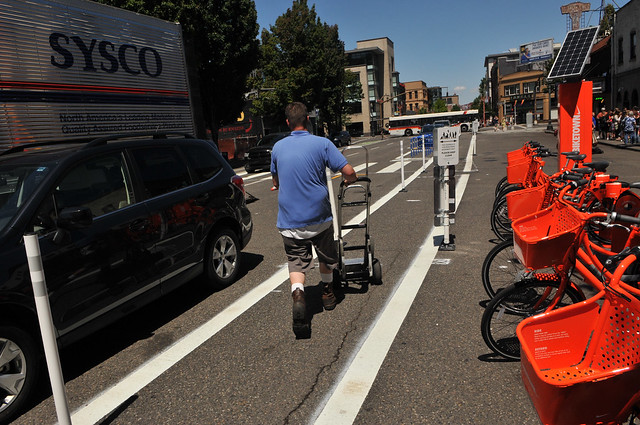 There’s a buffer zone between the parking lane and the plaza. It gives people room to get out of their cars and gives truck operators a place to work. 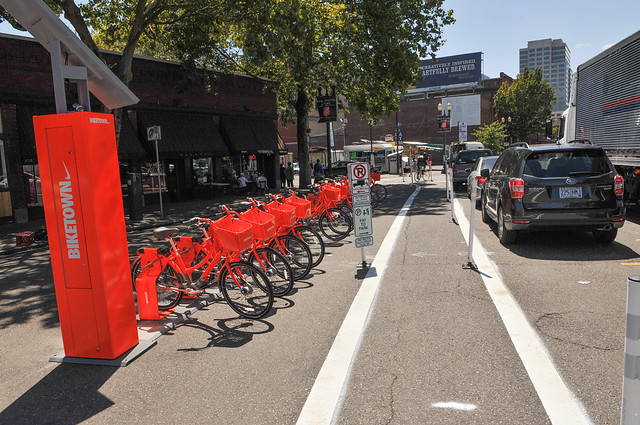 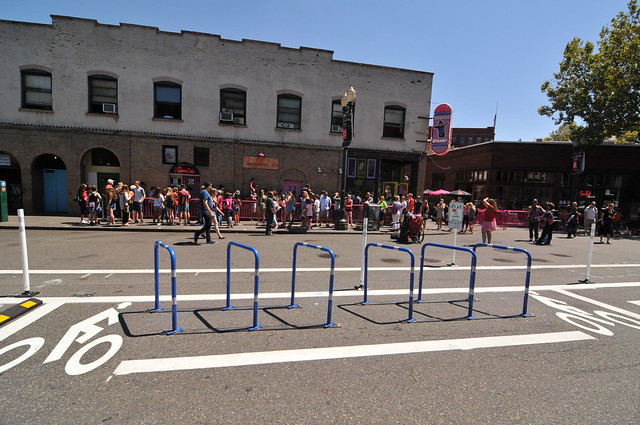 New bike corral has been added in same area as the auto parking spaces. 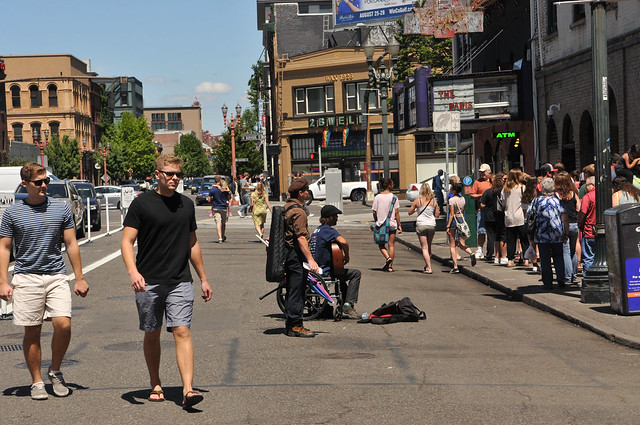 Humans being humans when they are given space to be humans. 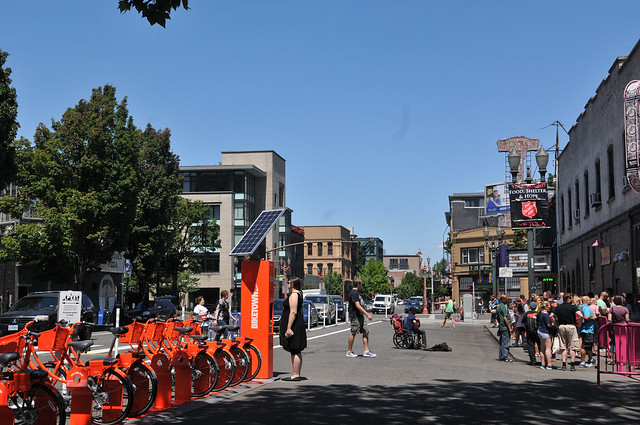 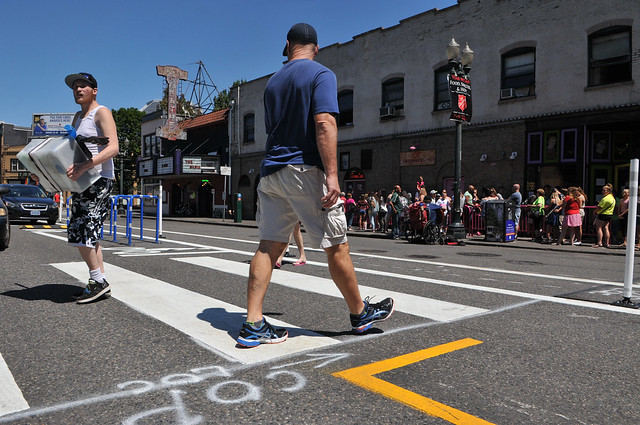 From my observations so far the design works well. People have immediately taken to walking and hanging out in the space, people are parking in the right places, and there was even a busker playing guitar. All early signs of success! And keep in mind that PBOT has only done the striping and defined the outlines of the space. There will be more design elements added in the weeks to come.

There’s a ribbon-cutting planned for 12:00 to 1:00 pm on August 9th. Stay tuned for more developments.