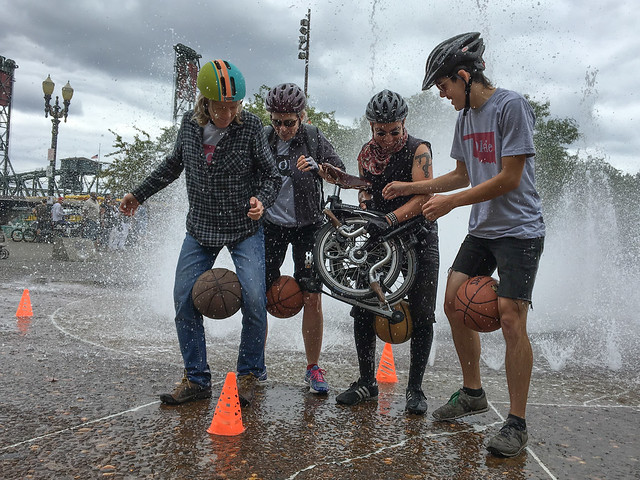 At this checkpoint at Salmon Street Fountain, the teams had to re-enact a fish ladder by passing a folded Brompton between each other while holding a basketball between their knees (that last part was just for added fun). And yes, they got wet!
(Photos by J. Maus/BikePortland unless noted otherwise.)

A bike scavenger hunt? With folding bikes and a salmon theme? That’s a thing? Yep! And it all went down last weekend on the streets of Portland.

The inaugural Brompton Urban Challenge — a.k.a. Great Salmon Run — was a big success! Thank you to everyone who showed up to play and all the volunteers and crew who helped make it happen.

We had 20 players broken up into teams of two to four people. Participants came from as far away as Toronto and we also had a few folks from Arizona (with the Brompton Mafia no less). The goal was to best represent the spirit of salmon and Portland whilst completing a number of fun physical challenges and tasks. The tasks were posted to Instagram with the #BUCPDX hashtag which was used by our panel of judges to verify the completion of each one. Along the way, there were surprises and hijinx galore as teams tried to outwit their opponents, take great photos and videos (there were prizes for the best ones) and decipher checkpoint locations from our dastardly clues.

Here’s how it went: 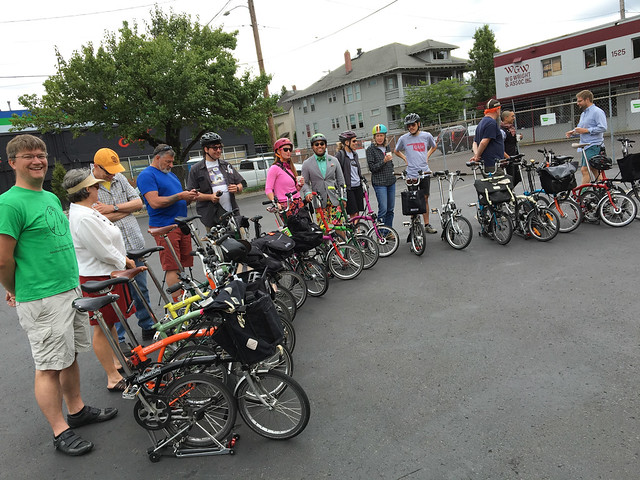 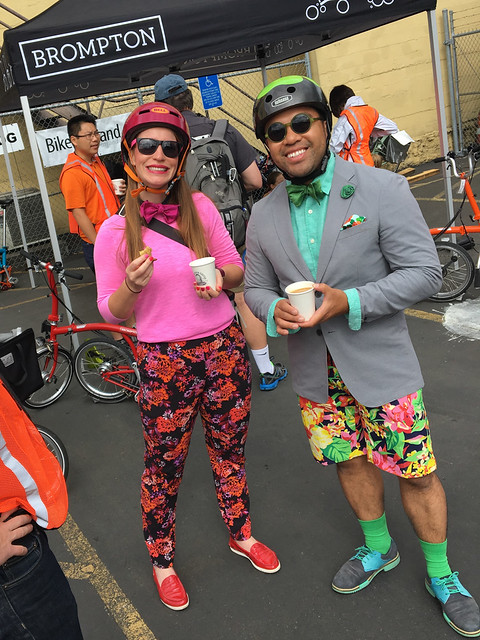 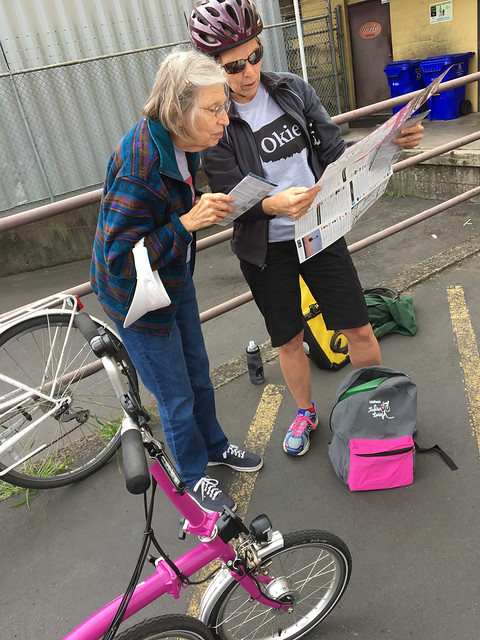 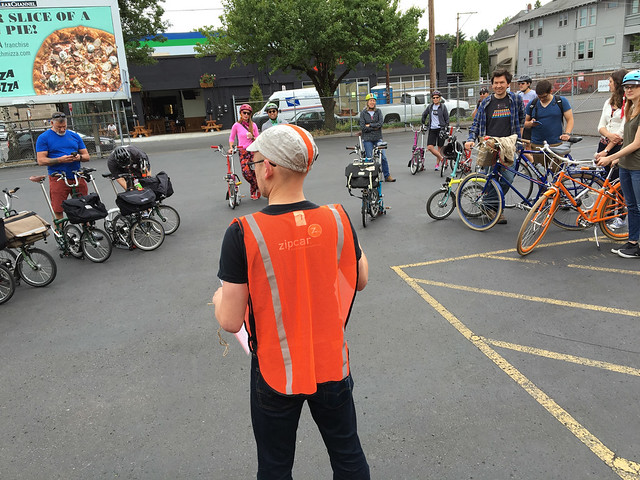 BikePortland News Editor Michael Andersen sharing the ins and outs of the game. 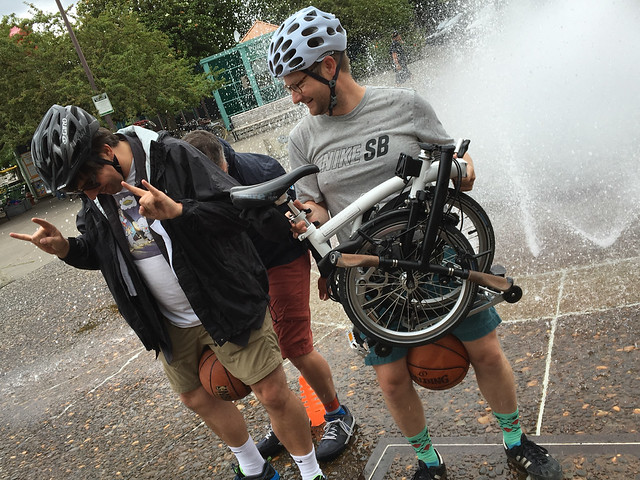 Another shot of a team at the fish ladder challenge. 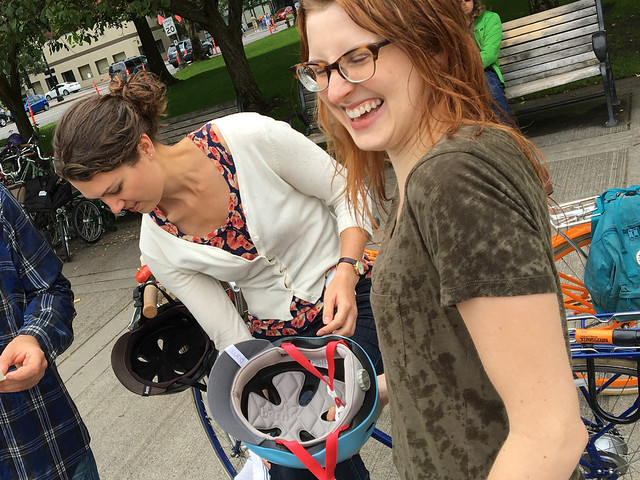 Riders take a break at a coffeeshop.
(Photo: Brompton) One of the physical challenges was to fold a Brompton while blindfolded.
(Photo: Brompton) 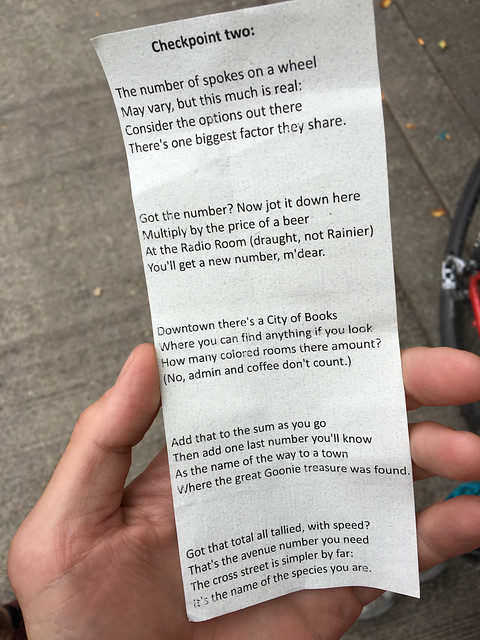 The clue to checkpoint two. Could you figure out where to go? 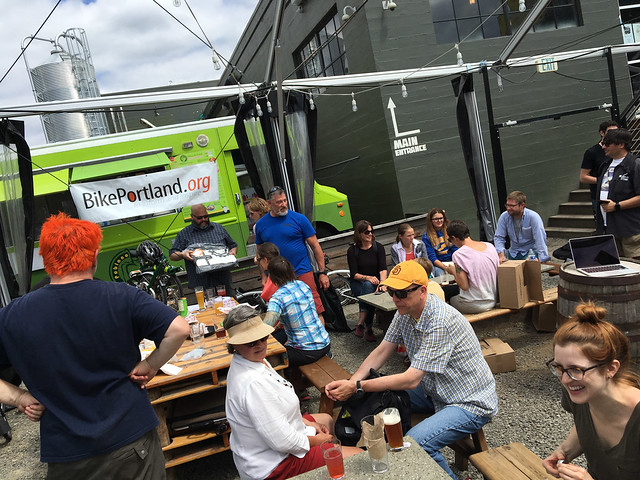 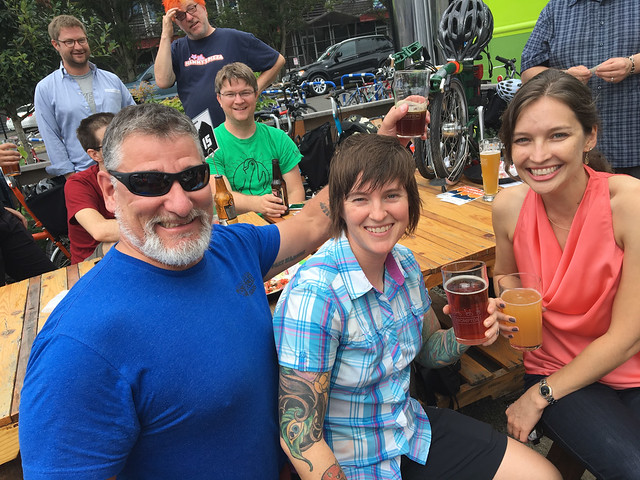 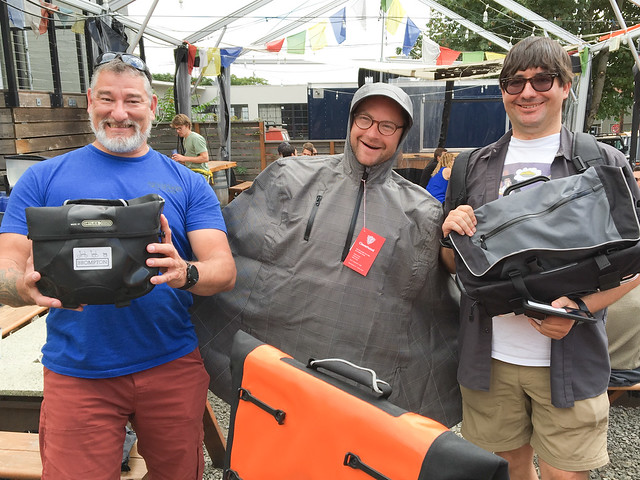 Team TBAG with the spoils of victory. 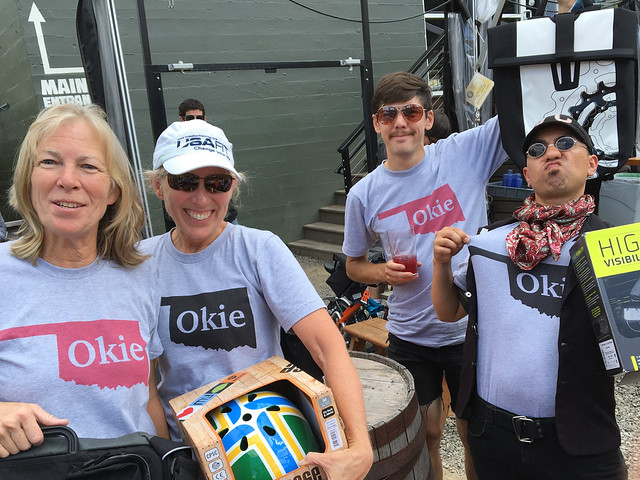 There are no losers here. 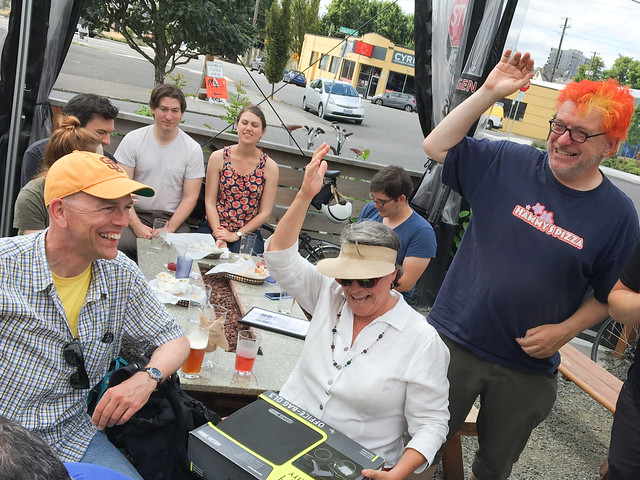 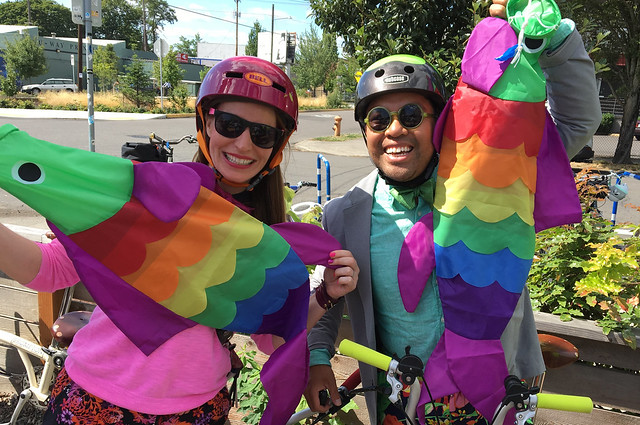 Our new friends from Toronto finished a few hours after everyone else. Jon Jon and Paula took their time and soaked up a beautiful day of exploring in a city they knew nothing about before the game started. Here they are with their last place prize: A pair of used fish windsocks.

At the end of the friendly competition we met at Base Camp Brewing in inner southeast for food and drinks. Prizes were announced, new friends were made and merry times ensued. All in the name of fun on bikes.

Thanks to our sponsors and partners on this event: Clever Cycles, Base Camp Brewing, Ortlieb, Nutcase and of course, Brompton.