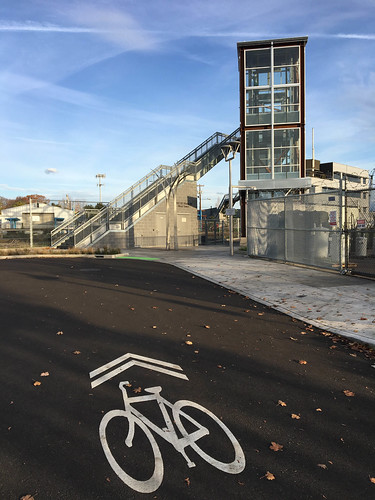 The bridge has been in operation for just over a year now.
(Photo: J. Maus/BikePortland)

I used the Lafayette Street Bridge for the first time last week. And I liked it.

The bridge was completed by TriMet in 2015 as part of the Orange Line MAX project and creates a connection over railroad tracks in the Brooklyn neighborhood between SE Lafayette and Rhine streets. It’s the only crossing of the tracks between Holgate and Powell (major arterials). 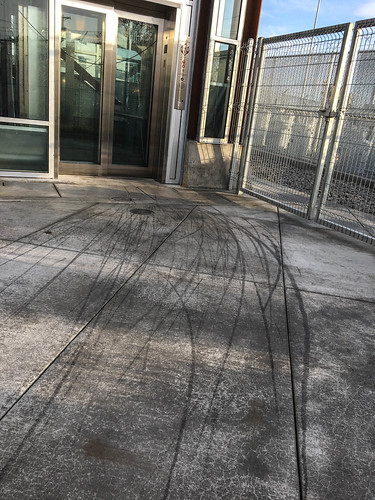 It appears to be pretty popular with bicycle riders. 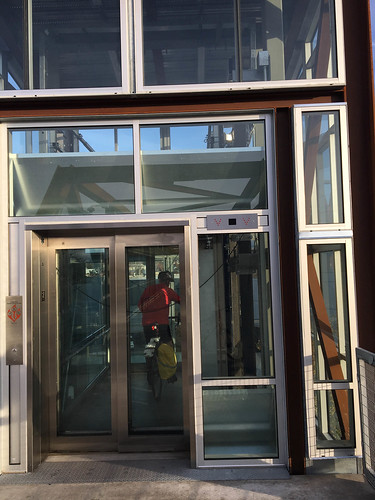 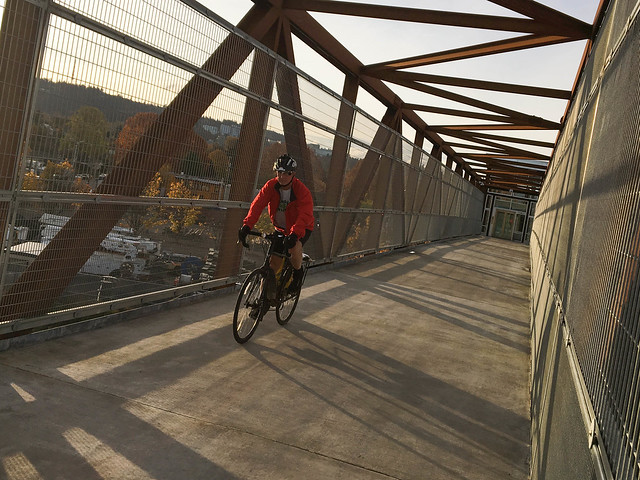 The design allows you to pull into and out of the elevator without getting off your bike. 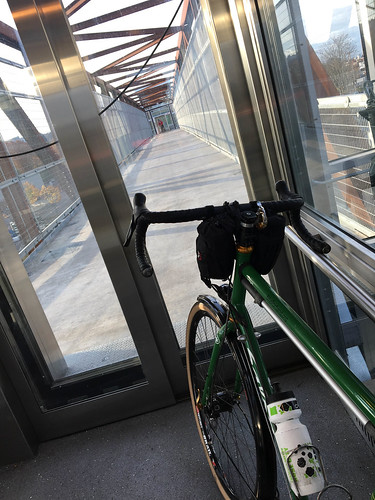 I used it as a way to get back to the Willamette river (via the Orange Line) from the industrial area off of SE 21st south of Powell. I was visiting Portland Design Works and a few of the employees there raved about the bridge — saying it makes their daily commute much easier. They also said the elevator had been very reliable. I was worried about reliability since the elevator that services the Gibbs Street Bridge under the Aerial Tram in south waterfront has been anything but. (Note: TriMet manages the Lafayette Bridge, the City of Portland manages the Gibbs Bridge.)

When we first reported on the bridge in September 2015 we said it would, “be a useful link to people looking to head east or west using the bikeway on Gladstone Street, including people moving between downtown Portland and Reed College, Woodstock and Creston-Kenilworth.”

So far my hunch is that it’s been a success. I base that partly on how easy it was for me to use last week — and also because I haven’t heard a peep about it from anyone.

Have any of you incorporated it into your daily riding? And if so, how do you like it?

UPDATE: Thanks for all your comments. Here is some feedback we heard from readers via Twitter:

@BikePortland my wife and child in trailer use it everyday, their alt would be to use clinton which requires them to cross Powell to get to.

@BikePortland Okay, I suppose, but I'd rather have a ramp.

@BikePortland we take it several times a week & it's nice

The post One year in, how’s the Lafayette Street bridge elevator treating you? appeared first on BikePortland.org.